Sony, Nintendo and Microsoft's financial results fell short of expectations in the second quarter of 2022: the causes. 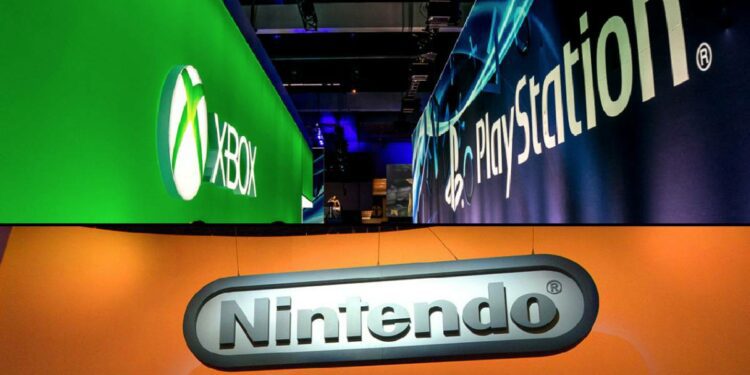 Microsoft, Nintendo and Sony, three global technology giants, had results that have failed to meet estimates for the second three months of 2022.

One of the causes was that pandemic confinements have ended and this caused people to prefer to spend more time outdoors.

But that is not the only cause. There is much more behind these trend changes that could shake the stocks of these three giants.

Let’s start at the beginning: the three companies presented their results for the period during the second three months of the year these days and the trend that was seen was the same, their sales fell and the figures disappoint the video game market.

In the United States alone, people have spent about $13 billion on video games in that period, which is 14 percent less than in 2021. The data is from NPD Group, a market research firm.

What we said at the beginning is true, it is undeniable that the great main cause is the return to normality after the confinements brought by the covid-19 pandemic. This generated a growth of activities outside the home, replacing home entertainment.

This was acknowledged by Sony CFO Hiroki Totoki himself when the company presented the figures.

Sony’s CFO said that growth in the video game market took a dip while outdoor activities increased due to the decline in coronavirus infections.

The Japanese multinational reported a 2 percent year-on-year decline in video game sales and its operating profit plummeted more than 36 percent.

In addition, total play time on its PlayStation console declined by 14 percent (this is terrible for a company that relies heavily on PS).

Let’s look at the glass half full: the figure is much lower than the company had estimated.

In addition, sales of its Xbox consoles fell by 8 percent, also in terms of services and content.

Amy Hood, CFO of the U.S. company, indicated in Microsoft’s earnings release that the declines were caused by “decreases in engagement time” and “declining monetization in its content and third-party content.”

Nintendo, the other Japanese company in the sector, had a 16 percent drop in operating profits and sold less than 3.5 million units of its NintendoSwitch console.

These values represent 22 percent less than in 2021.

Michael Patcher, a manager at Wedbush Securities, a Los Angeles-based private investment firm, explained to CNBC that the meager numbers for the three video game giants are due to comparisons with the 2021 outperformance. Sky-high numbers that the same companies could not match.

He also said they all saw never-before-seen numbers during the quarantine, with catalog sales of very old titles among the top performers.

That situation set up a comparison that cannot be matched.

According to Patcher, the current declines had already been well analyzed by the companies beforehand. They foresaw it.

Excluding the NintendoSwitch, which has been on the market for a few years now, another factor affecting sales is the lack of new consoles in stores.

Slow hardware implementation is one of the major causes, continues Michael Pachter.

New hardware customers buy a lot of software, and PlayStation and Switch sales were low in the beginning of 2022.

In addition, another element that played against the sales of the video game tech giants is telework, which caused many delays in the launch of games that were planned for this 2022, or even earlier.

Many of them are delayed with dates to be released next year or have no release date at all.

In the case of Microsoft, it was going to release Starfield at the end of this 2022 and it was delayed for next year; and Ubisoft had in its plans the release of an Avatar open world game in a few months, and now it is not known when it will be.

This value is not very encouraging for a great year.

But even so, Sony’s consoles remain the second best-selling in the world, behind only Nintendo’s Switch.

Good thing for Sony: Nintendo was not spared the setback. In the first 6 months of 2022 it delivered 8.81 million units. In order to achieve the 2021 figures it will have to double what it sold up to June, i.e. more than 16 million units.

The biggest drawback is that there are no certain prospects for changes in any of these in the short term.

Prices are rising, whether it’s commodities like fuel or everyday food. All indications are that there will be a recession, which could mean more hindrances for the video game market.

People with limited incomes will have no choice: first food, shelter, housing and transportation, then entertainment.

This sector is estimated to contract 1.3 percent year-on-year to $184 billion for this year, the first annual slump in more than 10 years, Ampere Analysis has indicated.

The analyst added that “most likely” this impact on falling sales will be greatest on expensive products that may include console hardware.

This will create a scenario of limited availability and pent-up demand, especially for high-end consoles.

The fact in favor of an improvement in the medium and long term of Sony, Microsoft and Nintendo shares is that the companies are looking to counteract this effect of reduced sales: Microsoft with Xbox Game Pass and Sony with PlayStation Plus.

Sony has more than 47 million users, not all of whom are affiliated to the Extra plan, and Microsoft has 26 million subscribers.

Both expect that this could help to combat the downturn in the video game market.

Shares of technology companies in general are not going through a good time. However, it is more than clear that much will depend on the video game business, key in the structure of Nintendo in particular, and in the other two in a less relevant way.

The next few months will be crucial in terms of how each company will be able to face the coming global crisis.