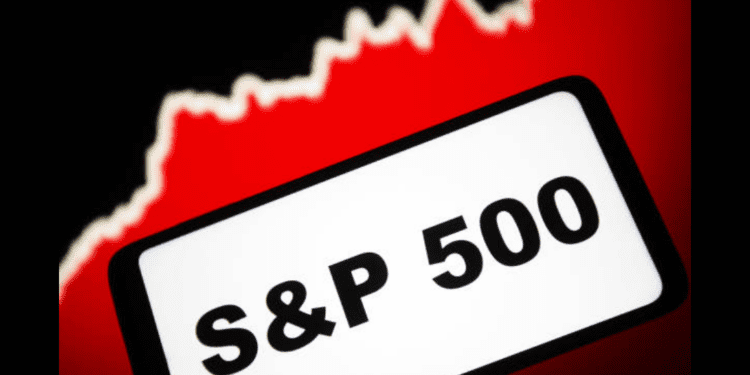 The S&P 500 remains in a downtrend and the economic outlook looks complex in the face of high global inflation.

The U.S. economy declined for the second consecutive quarter at 0.9%; which, in technical terms, puts us in recessionary territory.

However, the decline was less than in the first quarter. In addition, there are other indicators that still maintain some strength.

In fact, there are stock market sectors that, as expected, have performed quite well so far.

Today we present the 4 best performing stock market sectors so far this year.

They represent an umbrella against the cloudy outlook on the horizon. Therefore, it is strategic to take them into account for investment decisions.

Let’s look at the daily candlestick and MACD chart for the overall S&P 500 index: 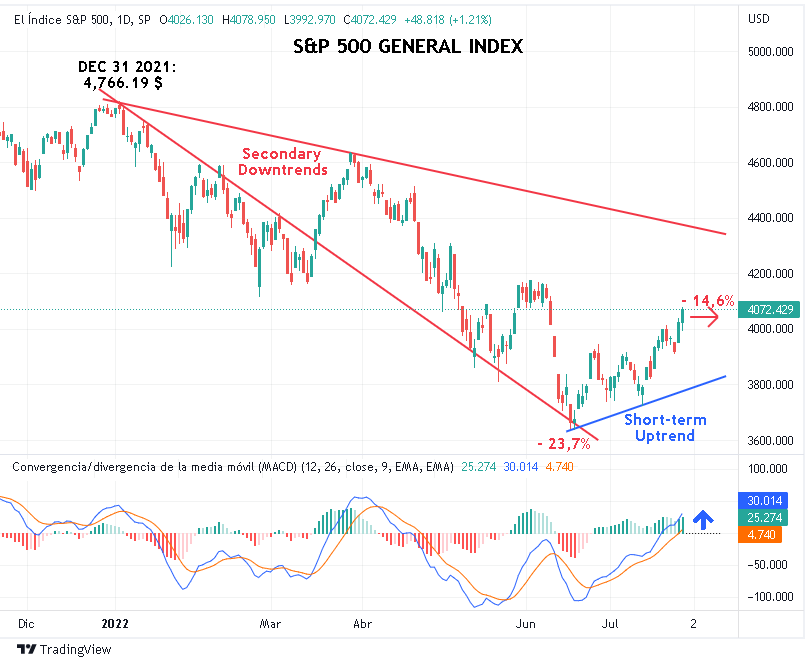 After reaching a high of $4,766.19 on December 31, 2021, the index entered a clear downtrend until mid-March 2022, when it regained some of the lost ground. The price even broke the downtrend line.

High inflation and the anticipation of higher interest rates, as well as the war in Ukraine and the energy crisis, have negatively impacted investors’ overall mood.

“However, for some analysts, the market has already discounted the latest interest rate hike announced by the Fed last July 27, taking the benchmark rate to 2.50%.”

In the lower panel of the chart, the MACD indicator lines have made an upward break in the middle area of the histogram, which puts us in positive territory.

This upward breakout has not occurred since March and indicates bullish momentum. We will see if the market is able to advance further, as we are still below the second downtrend line. To break this line, the market would have to rise much higher.

What do the more aggressive analysts think? 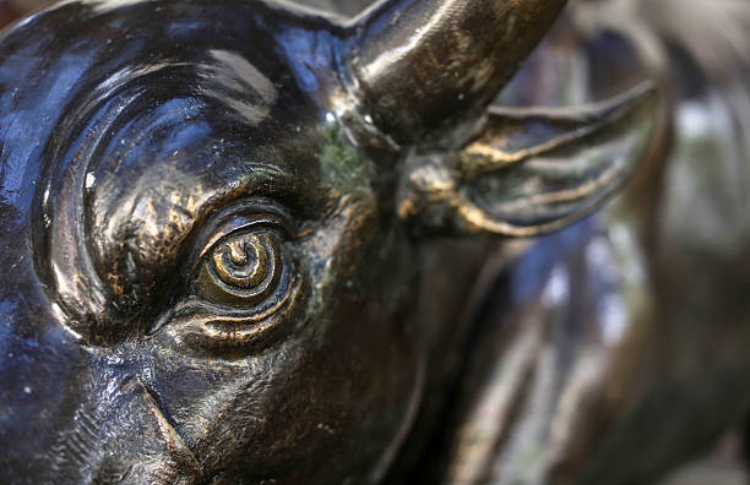 In spite of everything, the US economy is still showing signs of resilience. Can the American colossus avoid a recession, or at least delay it until the end of the year or early 2023?

“Specifically, the Fed withdrew its forward guidance and said it is moving to a “data-dependent” outlook. That opens the door for it to shift to rate cuts within the next six months (if the data changes).

In addition, at the Fed’s post-meeting press conference (July 27), Chairman Jerome Powell said it would be appropriate to slow the pace of rate hikes in the coming months. That also opens the door to rate cuts by late 2022 or early 2023.”

If inflation begins to ease, the Fed could slow the speed and magnitude of rate hikes, even cut them This would have clear bullish implications for all markets.

Most seem to think that recession is inevitable, but perhaps, and this is what really matters: it may not occur as soon as many expect, nor its magnitude turn out to be as deep as many anticipate.

What is certain is that when the U.S. economy is approaching capacity with low unemployment, inflation tends to rise and this often ends in a recessionary adjustment within the next 2 years. 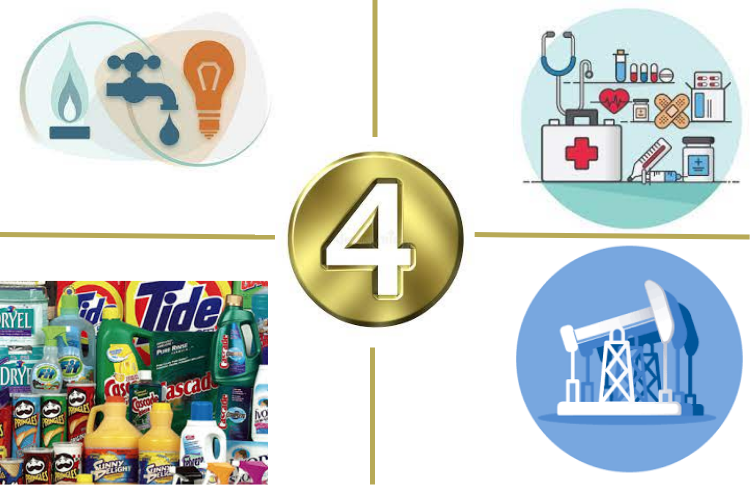 Let’s now take a look at the 4 best performing sectors of the S&P 500 to date. These sectors are set to hold up in the face of the crisis.

We start with 3 defensive sectors, which by their nature tend to have a more stable demand. For this reason, their correlation with the economic cycle is lower:

When the economy grows, these sectors tend to grow less than proportionally to it.

But when the economy falls, as it is doing now, they tend to fall less than the economy as a whole and investors therefore rotate funds into these sectors in times of uncertainty.

Finally, we will tell you about a rather cyclical sector, but with great returns so far, given the global circumstances.

As its name suggests, it includes essential services for homes, businesses and industries, such as water, gas and electricity.

Many of these services are under some form of state or federal regulation. As a result, the returns from these companies are not usually extraordinary, but they are more stable.

The S&P 500 Utilities Index groups 28 companies into the five categories mentioned above.

We can find companies such as AES Corp (AES), American Electric Power (AEP), NextEra Energy (NEE) or Xcel Energy Inc(XEL), among others.

Technical analysis of the utilities sector

Let’s take a look at the daily candlestick and MACD chart for the S&P 500 Utilities index: 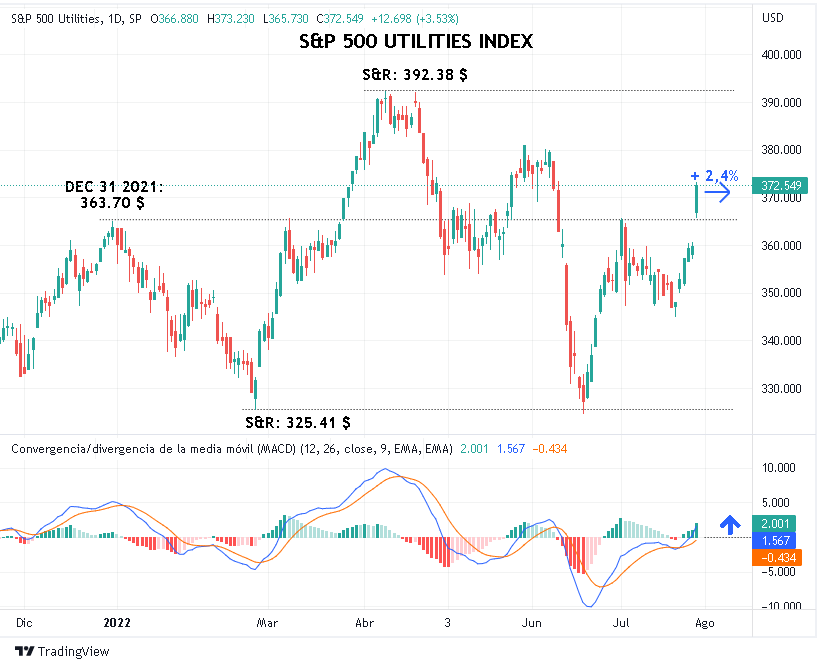 From there, the index makes an upward move that manages to break the previous resistance level and heads to a high of $392.38 (+7.9%).

In fact, as the chart shows, the price has remained within a wide sideways range fluctuating between the two inflection points just mentioned.

The MACD indicator lines are cutting through the middle area of the histogram and this is a sign of bullish strength at the moment.

“If you are looking to maintain your portfolio returns, the basic services sector is an obvious choice for positioning.”

The term “consumer staples” refers to a set of essential products used by consumers. This category includes food and beverages, household goods and hygiene products, among others.

The specific categories are 12 and include:

Below, we show the daily candlestick and MACD chart for the S&P 500 consumer staples index: 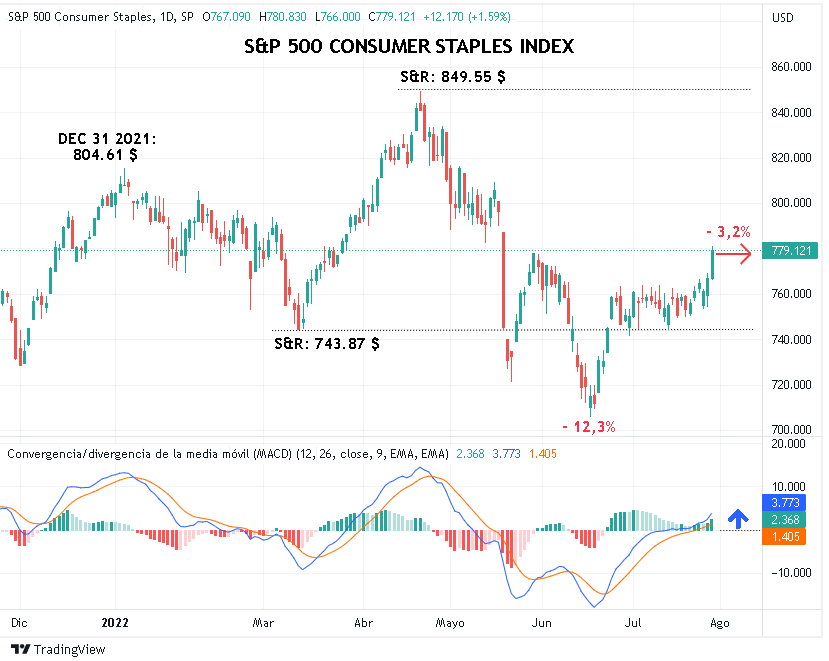 From there, the price fell steadily. It even pierced the aforementioned support level and realized a 12.3% drop in June.

In this case, we also find a sideways range between the mentioned levels.

In the lower panel, the MACD indicator lines made an upward break of the middle area of the histogram, so there is bullish strength at the moment.

“Despite the contractionary effect on consumption implied by high inflation, many companies have been able to pass on higher costs to their consumers without resenting demand. That is, in technical terms, demand has been quite elastic.”

Health care represents the defensive sector par excellence, as we must take care of our physical well-being, regardless of how the economy is doing.

Demand for healthcare products and services tends to be relatively stable with respect to the economic cycle. Its correlation, on the other hand, tends to be less than proportional to the overall market.

The S&P 500 Health Care Index groups 63 companies, spread across the 10 sub-sectors mentioned above.

Let’s look at the daily candlestick and MACD chart for the S&P 500 health care index: 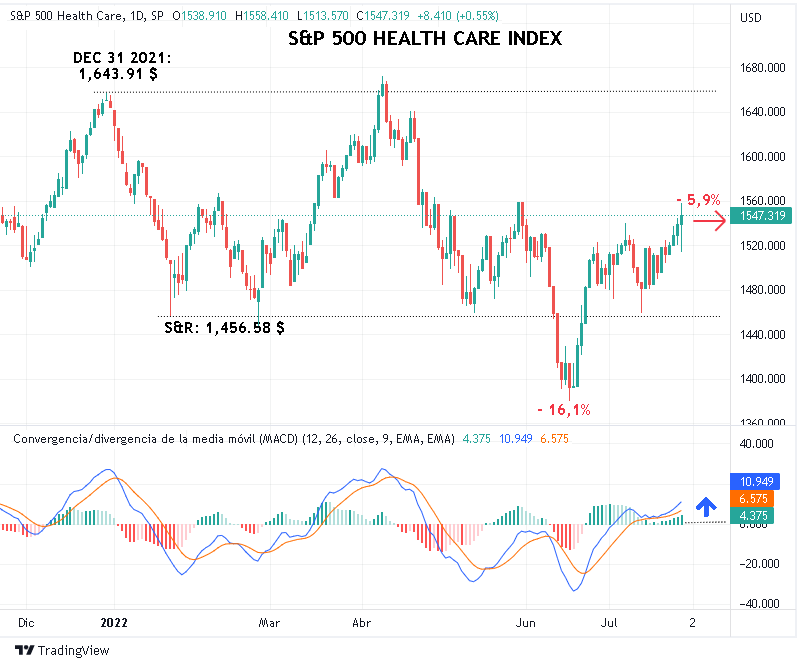 The sector has been oscillating between these two inflection points, except for the month of June, when the price pierced the support and dropped 16.1%, the highest of the year.

To date, the health care index is trading in the middle of the aforementioned range, at $1,547.32. This represents a drop of just 5.9%; which is equivalent to 2.5 times less than the market.

The MACD indicator lines remain above the middle area of the histogram and with positive slope, signaling bullish momentum.

“The good results presented by several pharmaceutical companies have had an impact on this behavior.”

Includes the activities surrounding the oil and gas sector, grouped into 5 broad categories:

Unlike the utilities, consumer staples and healthcare sectors, the energy sector is not defensive, but cyclical.

Therefore, its correlation with the economic cycle is much higher. However, the post-pandemic recovery accelerated demand for energy, and then the war in Ukraine further impacted energy markets.

Higher energy prices have greatly benefited the sector, generating strong returns, as we will see below.

Technical analysis of the energy sector

Let’s take a look at the daily candlestick and MACD chart for the S&P 500 energy index: 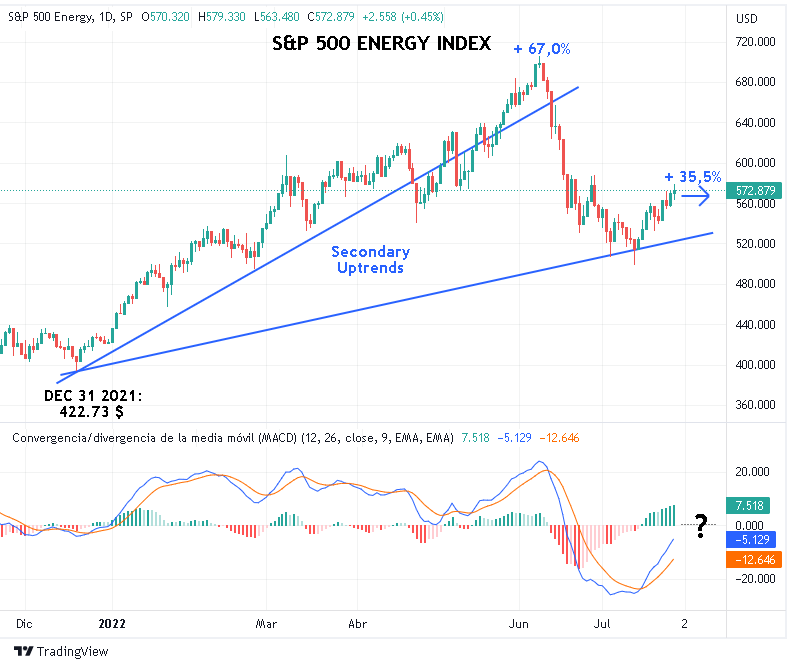 “Already, the sector had been in an uptrend since the end of 2020, thanks to the post-pandemic recovery. This trend continued through 2022 and accelerated further, due to all the fallout from the war in Ukraine.”

In fact, by April the index accumulated 67.0% growth over the year.

In June the first uptrend line is broken and the price falls steadily until the beginning of July.

From then on, the energy index has increased slightly, closing at $572.88 to date. This represents year-on-year growth of 35.5%; although growth has slowed on fears that a recession in the US and Europe will dampen demand.

The MACD indicator lines, although positively sloping, are still below the middle of the histogram, confirming the loss of price momentum.

The overall uptrend remains, as reflected in the chart above, but has lost quite a bit of momentum. In fact, from a growth of 67.0% we are down to 35.5%, which is little more than half.

The factors to consider in the energy sector are 3:

For the time being, there are no signs that indicate an intention by OPEC to increase the volumes of crude oil placed on the market.

S&P 500 outlook for the rest of the year 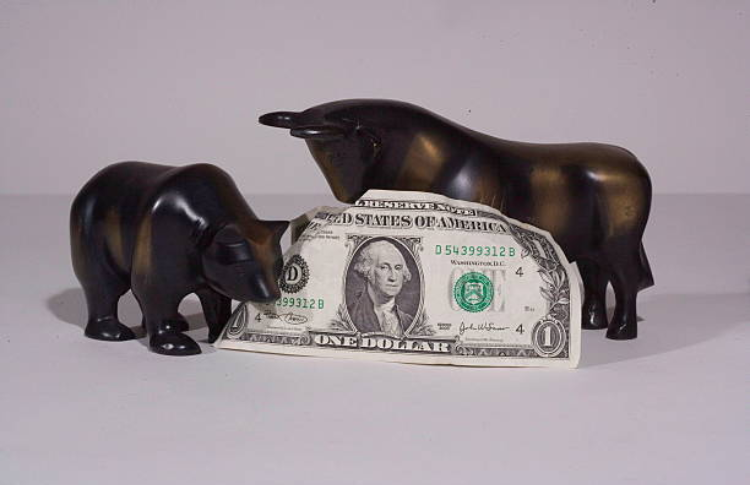 As you have seen, the 3 defensive sectors are fluctuating between +/- 5%, while the overall market is down 14.6%. The energy sector, meanwhile, is up 35.5%; although it is losing momentum.

All other remaining sectors show significant declines the energy sector is the most resilient given the current circumstances.

In the investment world, past performance is no guarantee of future results, but, if prevailing conditions continue, these 4 sectors may offer more stable returns than the rest.

However, if the U.S. economy manages to hold up for longer without falling into a deep recession, opportunities may well open up in other sectors, as it looks like by Yasin Ebrahim for Investing.com:

“It was the second quarter of contraction, pushing the economy into a technical recession, but economists were quick to downplay the severity of the data on expectations that growth will pick up as inflation slows.”

Finally, it is worth not forgetting that during the great financial crisis, the S&P 500 index fell for a period of 16 consecutive months, barring slight corrections, between November 2007 and February 2009.

It remains to be seen what kind of trajectory develops between 2 possible options: a deep recession, or, alternatively, a moderate recession.

Remember that investing in equities involves the risk of losing capital, in whole or in part.