Are technology stocks coming to the end of their reign? 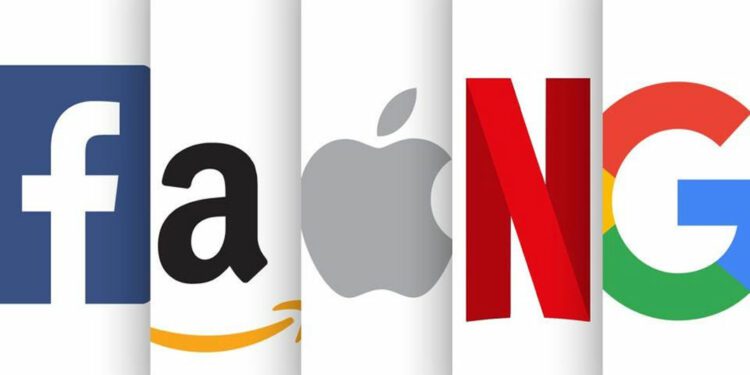 Shares of U.S. technology giants have remained the darling of the New York Stock Exchange for several years. However, this year their fall on the Nasdaq has been devastating in the midst of a very prolonged bear market.

Some investors believe that the crisis of several of the tech companies goes beyond that and signifies the end of an era. Companies such as Facebook parent Meta Platforms Inc. and Amazon.com Inc. have suffered monumental drops in their market price this year.

The growth of the shares of these companies, known as FAANG, which include Apple Inc, Netflix Inc. and Alphabet Inc, the parent company of Google, were leading the market for 13 years.

Even more so during the two pandemic years when their growth was exponential. But that bullish streak seems to have come to an end. And history shows that companies or technologies that dominate one era generally decline in strength in the next.

Analysts believe that certain signs are already being observed in the market that reveal a change in pattern. The incredible growth experienced by Meta and Netflix a few years ago has slowed or died out.

While the size and share price achieved by Apple, Alphabet and Amazon seem to have peaked. So it is unlikely that their stocks will return to their previous gigantic returns and remain on the crest of the wave any longer.

So believes Janus Henderson Investors portfolio manager Richard Clode. “We think FAANG is unlikely to lead the next tech bull cycle.” In fact his firm substantially reduced its holdings in this stock.

“We are less exposed to FAANG than we have been since the acronym was introduced,” the expert added.

Considering that the tech giants are indeed coming to the end of a historic cycle in the stock market, what was that end?

Since the onset of the covid-19 coronavirus pandemic in March 2020 the stock market was shaken. Incredibly, however, not only did the indices recover, but the stocks of most large-cap technology companies achieved a major boost.

Online purchases of products and services on Amazon increased, and subscriptions on Netflix grew. Facebook users spent more time stalking or searching on Google via an iPhone.

The point is that investors right now are reevaluating their options and their long-term investments. They’re trying to figure out what’s next. Especially at a time of uncertainty generated by high interest rates and unbeatable inflation.

Many investors successfully bet on the returns generously offered by the ever-growing technology stocks. Everyone wanted to hold these stocks in their portfolios, confident of their performance.

But now that the appetite for risk has diminished markedly and the growth potential of tech stocks is in question, the bet is more measured. Tech stocks are becoming less attractive to investors.

In November, Goldman Sachs strategists proclaimed that expectations of outperformance in tech stocks had faded. Instead of the 13% expected for the S&P 500 this year, earnings would fall 8% for large-cap tech stocks.

Although Goldman experts forecast 2023 and 2024 outperformance for tech companies, their performance will be lower than the average recorded over the past 10 years, they said.

A past that will not return

“It’s very difficult to grow these mega-earnings at very, very high growth rates as they have in the past,” explained UBS Asset Management senior investment analyst and portfolio manager Michael Nell

He added that “while mega-cap stocks have held up well, going forward it’s hard to see them necessarily driving performance from here.”

In late October, Meta shares lost a quarter of their value in a single day. This came after the company’s fourth-quarter earnings guidance was released. Expectations came in below the lower level expected due to a slowdown in the advertising market.

On the other hand, Amazon.com’s stock plunged 7% after the company forecast that its summer growth would be the slowest in the company’s history.

Examples of other tech companies that were leading the stock market and then plunged needless to say. For good. This was the case with Cisco Systems Inc. and Intel Corp. Both companies were leaders during the dot-com era of the 1990s.

After posting record high prices in 2000, they never again topped the indexes. Meanwhile, the Nasdaq 100 had to wait 15 years to surpass the peak reached that year.

Apple remains the most attractive

Of all the technology companies, Apple has been the best performer. It is not in vain that until this year it was the largest company in the world. Its current market value is 2.3 trillion dollars. It is below the Saudi oil company Aramco.

However, Apple shares also plunged by 20% this year. It fell less than the other tech stocks due to its extraordinary liquidity (approximately $170 billion in cash). In addition to the marketable securities and the continued high demand for its products.

The rest of the FAANG Group stocks have seen deep declines this year. Alphabet fell 36% while Meta plunged 66%. But despite these sharp declines, the tech group still accounts for more than 10% of the S&P 500’s weighting.

This means that the underperformance of these companies will continue to weigh on the rest of the market in the coming years. It is also likely that the decline in technology stocks will continue through 2023.

For next year, analysts expect technology sector returns to decline 1.8% compared to expectations of 2.7% growth for the entire U.S. market, according to data published by Bloomberg Intelligence.

The current low appetite for risk and the high cost of money is leading investors to be more cautious when choosing stocks. Tech companies like Meta that have bet everything on the Metaverse have yet to see the results, losing tens of billions.

Other tech stocks have not performed well either. In fact, a set of stocks that showed promise analyzed by Goldman have lost about 60% this year.

“Be a little more realistic: grow a little slower.”

“The market is telling them that we want short-term profitability and we can’t afford to fund all of their negative free cash flow. Be a little more realistic: grow a little slower, but do it profitably,” said Columbia Threadneedle Investments head of global equities Neil Robson.

Unlike other firms, Robson maintains a high volume of technology stocks in his portfolio. He has just decreased his holdings. He still holds positions in Alphabet and Amazon, but has diversified his portfolio into energy stocks.

“Two years ago we could have thrown a dart at a FAANG dart board and pretty much won, right?” noted Dan Morgan, senior portfolio manager at Synovus Trust Co. “That probably won’t work anymore.”