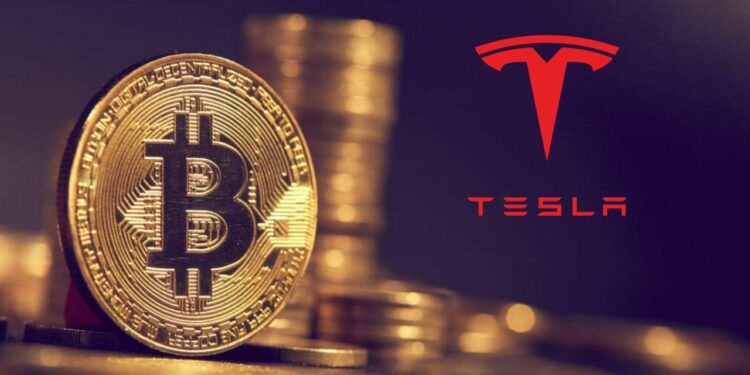 Once again Tesla and its CEO, Elon Musk, got it right. The car company’s decision to divest most of its Bitcoin ( BTC ) holdings earned it an extraordinary second-quarter profit, according to company reports.

Despite the bear market rocking the world’s largest cryptocurrency by market capitalization, Tesla (NASDAQ: TSLA ) managed to improve its results and balance its second-half numbers in the red.

During the first half of the year, the company posted a $170 million impairment loss “resulting from changes in the carrying value” of its BTC holdings, according to an official Form 10-Q filed with the U.S. Securities and Exchange Commission (SEC).

The company sold 75% of its bitcoin holdings in the second quarter for a net gain of US $64 million. Tesla was able to offset the impairment loss from the cryptocurrency falling below its book value.

Earnings per share recorded by the electric car maker were US $ 2.27 during the second quarter on reported revenues of US $ 16.93 billion during the period.

Although there was a decline in earnings from the first quarter, it was still able to surpass the levels of twelve months ago. That did not prevent the company’s profitability from being affected by two basic factors: rising inflation and strong competition for battery cells.

Tesla still holds 10,800 BTC worth of assets on its books, according to data from Bitcoin Treasuries. That amount of cryptocurrencies is equivalent at current prices (US $21,000) to just over $226 billion.

The company said that in the future it could increase or decrease its positions further. Just as it does “with any investment and in accordance with how we manage fiat currency-based cash and cash equivalent accounts.”

“We may increase or decrease our digital asset holdings at any time based on business needs and our view of market and environmental conditions,” Tesla assured.

For his part, Elon Musk clarified at the time that Tesla’s decision to sell most of its holdings of the cryptocurrency, “should not be considered a Bitcoin verdict.”

“The reason we sold a lot of our Bitcoin holdings was that we weren’t sure when the Covid blockades in China would ease. So it was important for us to maximize our cash position,” Musk said.

“We are certainly open to increasing our Bitcoin holdings in the future,” he added. Although it is now known what the motive behind the cryptocurrency sale was. Simple accounting exercise to improve the company’s bottom line.

Fed decisions and inflation pressures weigh on the market

In addition, there is a lot of uncertainty about when the cryptocurrency will be able to return to November 2021 levels, when it was trading above US $67,500. The bear market in digital assets could last for some more time as some analysts say

The brief uptrends seen these days may be nothing more than temporary movements. But what is really weighing on the price of BTC and other cryptocurrencies is the concern of crypto investors.

The fear is that the Federal Reserve will maintain its high interest rate policy for some more time to control inflation. The expected result would be an economic recession that will further affect the price of stocks and digital currencies

The price of Bitcoin on Tuesday continued to decline for the second consecutive day this week. According to popular cryptocurrency and financial services broker eToro, BTC was trading at 5:17 pm (GMT-4) at US $20,832.