Some investors believe that now is the time to invest in the currencies of some emerging economies in Latin America and Asia. 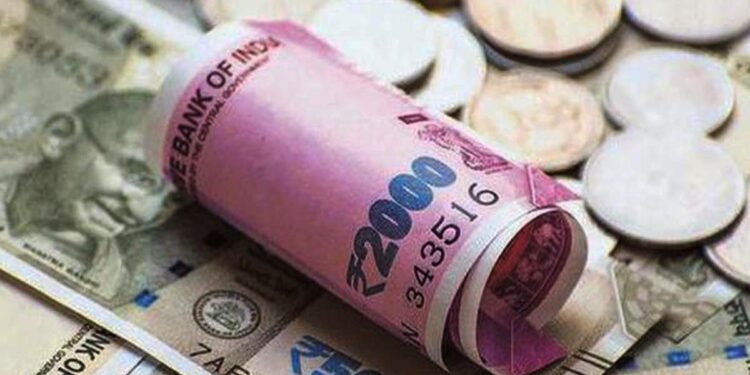 The dollar has been falling since its September highs, which for many suggests that the reign of the U.S. currency could soon be over. Some investors believe that if the dollar’s price falls steadily, emerging market currencies will be the direct beneficiaries.

The nearly 5% rise in the MSCI International Emerging Markets Currency Index in November from its all-time lows has produced the gauge’s best monthly gain in about seven years, according to Reuters

The move is fueled by positive expectations that the U.S. Federal Reserve will begin to slow the pace of interest rate hikes. As well as some investors’ bets on emerging market currencies.

According to analysts, signs of a change in perception regarding the dollar in global markets is the recent 8% drop of the US currency against a basket of currencies of the most industrialized countries since the highs recorded in September

For the first time in the last 16 months, currency traders in November played short the currency in futures markets, as shown by Reuters citing data from the U.S. Commodity Futures Trading Commission.

According to Amundi US head of fixed income and currency strategy Paresh Upadhyaya, all indications are that “the planets are aligning for a bear market in the dollar.”

Developed country currencies have lagged behind emerging market currencies that have shown great strength during the post-pandemic crisis. While the MSCI index has fallen 5% this year, the plunge in the currencies of G10 countries has been almost double

Coupled with the possibility of the Fed tapering interest rate hikes is the belief that China will soon ease its strict anti-covid-19 policy. But also that higher yields in emerging economies will lead investors to take positions in emerging market currencies.

Among the higher-yielding emerging economy currencies Upadhyaya mentions in his analysis are Brazil’s real, Peru’s sol and India’s rupee. These countries not only have balanced balances but also relatively small budget deficits relative to the size of their economies.

The yields offered by the currency signs of some emerging countries are more attractive, even when adjusted for inflation. An example of this is the yield offered by 10-year US Treasury bonds, which is 1.08%, while Brazilian bonds are 6.07%.

The Chinese government’s decision to give in to the growing wave of protests in the country and relax strict anti-covid-19 rules has been warmly welcomed by investors. China is expected to announce on Wednesday new guidelines regarding the tight sanitary restrictions that have been in place until now.

The Asian giant represents the world’s second largest economy and is a net importer of commodities produced in emerging economies, which will help boost economic activity in these countries.

Since October the Chinese yuan has seen a 5% rise against the dollar since October. Last week the currency closed with a higher weekly return than the U.S. dollar over the past two decades. Moreover, in November the Hang Seng index climbed 27%, reaching a new high since October 1998.

“I think the cat is out of the bag. They can’t go back to their purely restrictive zero COVID policy,” commented Brandywine Global portfolio manager Jack McIntyre.

The investor has been investing in several Asian currencies lately. Especially in the Malaysian ringgit which climbed 6% in value in November while the Thai baht was up 8%.

It all depends on the behavior of inflation

There is no consensus yet among analysts and investors on a prolonged dollar pullback. Although U.S. central bank Chairman Jerome Powell slipped last week that it was time to slow the pace of upcoming rate hikes, there is nothing stopping the Fed from approving a further hike before tapering increases.

Everything will depend on the behavior of inflation in the US economy, which is already starting to show signs of weakening. There is still a threat that consumer prices will remain high for a while longer. If so, the Fed will not hesitate to maintain its aggressive monetary policy by pushing up the price of the dollar.

Investor expectations are for the Fed to approve a 50 basis point interest rate hike next week. After six rate hikes this year, four of them 0.75 basis points in a row, the agency is expected to raise rates by 0.50 points next week

If central banks around the world continue to tighten monetary policy to contain inflation, a global recession is likely. This scenario would completely damage growth expectations in emerging markets. Analysts believe that emerging market currencies would suffer the most, not the dollar.

A slowdown in the global economy would “create a safe haven supply and limit the ability of most cyclically sensitive currencies to recover against the dollar,” warned State Street Global Advisors senior portfolio manager for foreign exchange Aaron Hurd.

Meanwhile, some are betting that the reopening of the Chinese market and the normalization of its economy will revive the currencies of some of the best-performing emerging market countries.

Currencies that promise returns next year

China’s reopening could boost currencies such as the Thai baht by increasing tourism to the country, says Carlos Fernandez-Aller, head of Global FX and EM Macro Trading at Bank of America

Another currency that could benefit from the easing of China’s anti-covid-19 policy is the South African rand. Analysts at Société Générale project a return of 18% for the exporting country’s emerging currency next year.

“Improvements in fundamentals, valuations and technical factors make the case for stronger emerging currency performance over the next year,” the firm said in a recent report.