An event at the EU metaverse was announced as a "gala party". Only six people attended. 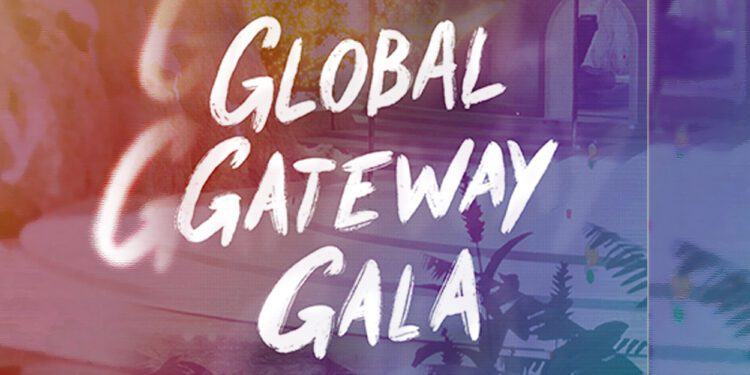 The Commission, through its External Aid Department, put on a sad show earlier this week. Aiming to educate 18-35 year olds about EU activities, it held a party in the metaverse. The event was billed as something huge and the organizers’ investment seemed to cover all the details. However, things did not go so well.

According to a reporter who would cover the show, only 6 people entered the room where there was a cozy, empty stage. He is Vince Chadwick who reports for Devex. He said that at first there was confusion and then he soon realized that he was alone. Some media described the attempt as a fiasco and a “spectacular failure”.

The organizers assumed that the event would appeal to young people with a variety of attractions. Among them, virtual DJs were deployed and played repeatedly. Thus, as in a mousetrap, young people would be attracted and, once inside, would be educated about the policies being pursued by the bloc. In such a way, the hosts were left alone in their big party and with the feeling that tens of thousands of euros were invested in nothing.

Loss of interest in the metaverse and an unattractive party

The reasons for the embarrassing failure of the party organized by the Commission in the metaverse can be varied. But there are two that could be classified as the most important. The first has to do with macroeconomic conditions and the second with people’s lack of knowledge about metaverse platforms. Consequently, although the term and some ideas about this digital reality are fairly well known, the ways to access it are obscure to the vast majority.

The interest that was created at the end of 2021 in those platforms was stalled with the fall of the technology sector stocks. High rate conditions dispersed people’s interest. Add to this the winter in the cryptocurrency market, which scared retail investors away from some protometaverse platforms. In short, young people returned again to their TikTok shelters waiting for the end of the storm.

In the midst of this scenario, the Commission had the idea of launching itself on a topic that is “dusty” on people’s soul shelves. But the difficulty to access the platform does not seem to be so credible in the case of the intended youth event. This argument was expressed by the Commission itself, which acknowledged that it was not easy to access, which would have caused people to desist from entering the event.

An EU spokesperson responded to the criticism and regretted the situation. “[The party at] the metaverse did not meet our expectations. In its current state, its user interface is not user-friendly or attractive enough,” he said. For now, the next steps of the project managers are awaited to define new directions.

The signs of failure were apparent from the beginning

But the failure of the event seems not to be a surprise considering the lack of motivation in the project’s social networks. In that sense, it is highlighted that the promotional video of the party had no interaction and the “likes” would not have reached half a hundred.

“The EU’s Global Gateway initiative was intended to spread the word about the work the bloc does through a party aimed at young people aged 18 to 35.”

In that invitation video, avatars are displayed moving to the beat of house music. It seems that this was not enough for the young people to feel the mood to enter this party. It should be remembered that avatars are virtual representations for real users to interact in metaverse platforms. In the same way that in games such as GTA, the user controls a character (avatar). But, unlike that popular game, in the metaverse the rest of the characters are also controlled by other people.

Although the technology for this type of interaction is just taking its first steps, metaverses are expected to become the norm in the future. Some technology companies are investing huge amounts of money to develop their own platforms. In the case of the EU, the metaverse project, which has been in existence since mid-October, has seen investments of significant magnitude, but these are met with low uptake.

Some portals such as The Telegraph claim that the project is not viewed sympathetically, even by the very people working on it. Devex, Chadwick’s media, reports some sources that qualify the initiative as “digital garbage”. A similar reality would exist in Meta’s Horizon Worlds, which is viewed with annoyance by the own workers of Mark Zuckerberg’s company.

With that perspective, it’s no wonder that the party in the EU metaverse was an embarrassing spectacle for its organizers.

Voices against its own metaverse

The fiasco of the expensive virtual event has been a source of annoyance for many EU observers. One of them, Jacob Kirkegaard, who works for the German Marshall Fund, was particularly harsh. In his remarks he stressed that anyone “who has a brain” will be able to realize that “the metaverse is a failure”.

“It is a farce that a European Union institution feels the need to throw hundreds of thousands of euros behind this nonsense,” he said. Another element that could have an influence on the lack of interest in participating in this platform is the economic situation. Uncertainty in the markets and macroeconomic conditions are becoming a source of concern.

Thus, a virtual event to “receive education” is not presented as a priority. On the other hand, it should not be overlooked that all new technologies take time to gain acceptance. Although the investment and low attendance at a party is a clear failure, it does not negate the future potential of the metaverse. The investments and development behind the idea are seen as sure steps towards a large digital market.

The growth of the metaverse is not a whim of the EU, but is a global phenomenon with deep roots in powers like China and the United States.

A long road ahead for the EU metaverse

At the other extreme of the possibilities of the technology that will make the metaverse possible, the deficiencies in the EU platform stand out. According to the aforementioned journalist, an environment designed for young people was composed of really strange chatter. In his Twitter account he explains that after creating his user and entering the platform, he came across these chats.

It didn’t take long for the other five users accompanying him to leave the room. Aside from the problems of inviting participants, the topics would have appeared indigestible to people. Thus, even if dozens of people had entered, they would probably have made the same decision as the half-dozen who attended.

The Global Gateway initiative has been extremely costly for the block and by 2027 would require another €300,000 for further developments of the platform. With the resounding failure of the metaverse party organized earlier in the week, the initiative is likely to face further pressure going forward.

A key aspect of all this, is that metaverse technology will not be easy for developers, regardless of investment capabilities. A clear example of this is Meta, whose platform has major limitations. Horizon’s avatars have no legs and there are numerous empty spaces, making interaction difficult. Add to that countless bugs and a lack of empathy on the part of the creators themselves.

If that is the reality with a company that so far invested about $15 billion dollars, the case of the EU with its less than €400 thousand euros could be considered perfectly digestible.