Waller: “The Fed rate hike would be 75 points” 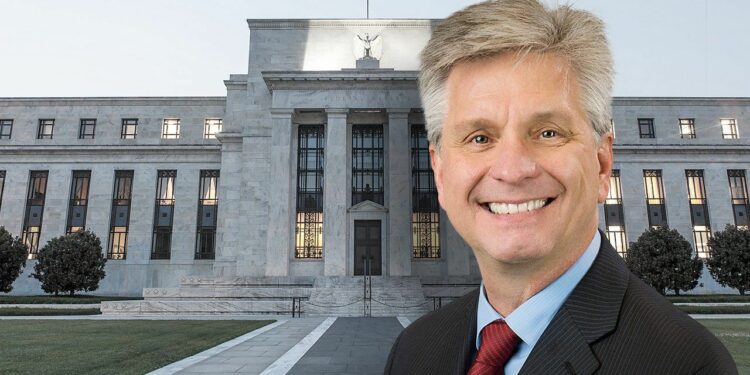 “The Fed must be fully focused on bringing inflation down toward our 2% target.”waller said at the Rocky Mountain Economic Summit in Victor, Idaho “I will be voting to set policy that reduces inflation and achieves our price stability objective.”

Following the release of the 9.1% U.S. inflation figure for June, market participants discounted a 100 basis point hike for the Fed’s next meeting at the end of July.

Waller ruled out such an increase and confirmed that he supports a repeat of the 75 basis point interest rate hike. That number would put the Fed’s target rate in a range of 2.25% to 2.50%, around his estimate of the neutral rate, which is the level of borrowing costs that neither stimulates nor slows economic growth.

Once these statements became known, futures contract traders reduced their bets for a 100 basis point increase. However, they are still waiting for the Fed’s decision at the end of the month. In this sense, Christopher Waller remarked that he would only lean towards a larger increase if retail and housing sales data are stronger than expected “Demand should be restrained with further rate increases until core inflation (which excludes food and energy prices) begins to ease.” said the Fed official.

“Given that the labor market shows strength and the data provides no signs of weakness a soft landing is possible to avoid a recession” closed Waller.