BlackRock CEO Larry Fink says that in the future blockchain will be key to business, but that most crypto companies are going to disappear. 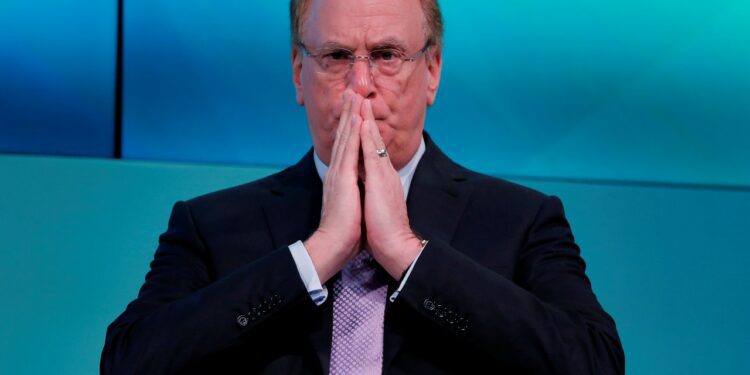 Bitcoin, Ethereum and other major digital currencies have suffered a big drop in 2022 since prices started to pull back from the second quarter.

The price of Bitcoin fell nearly 70 percent so far this year to $17,000 per unit, taking with it the price of Ethereum, the second-largest crypto by volume, and prompting fears that the market could be heading not only for a debacle, but, worse, oblivion and extinction.

In this regard it is timely to rescue the words of Laurence Fink, CEO of BlackRock, the world’s largest investment management firm with $8 trillion in assets, which has signed an agreement with the cryptocurrency trading platform Coinbase.

Fink predicted that cryptocurrency blockchain technology will be the beginning of the generation of markets to come.

“I think the generation of markets to come, the next generation of securities, will be blockchain technology,” noted the BlackRock CEO, who had earlier expressed skepticism about digital currencies in remarks with the New York Times.

BlackRock on the future of cryptocurrencies

The blockchain technology of Bitcoin and the other digital currencies provides the ability for traditional assets to tokenize on a public ledger, which will make a transfer of stocks, bonds, real estate and alternative investments cheaper and easier.

“What’s more, I believe blockchain technology will be critical,” Fink added. “Imagine instant settlement of bonds and stocks, with no mediator, we will be able to lower fees radically. It changes the whole ecosystem,” he added

However, the BlackRock CEO warned that many of the world’s cryptocurrencies and major crypto companies will not survive, noting that the fall of cryptocurrency exchange platform FTX is misaligned with the foundation of the crypto world.

The platform’s reliance on its digital currency exchange FTT, which was used as collateral for loans, was instrumental in its collapse after FTT’s value plummeted.

“I think a lot of the companies are not going to exist,” Fink noted. BlackRock made indirect investments of more than $24 million in FTX. However, it was not at the core of the Fink-led company’s business, the CEO said.

At the same time, pricing analysts of digital currencies such as bitcoin and Ethereum are trying to gauge market sentiment after two major Fed shakeups a few days ago.

“By surprise, Bitcoin is headed to test the lower boundary between July and October, when the value plunged due to the FTX plunge in November. It is unlikely that the price will ever go above $17.6k,” he added.