The real estate market seems to be approaching its turning point

Meet the 2 positions dominating the debate 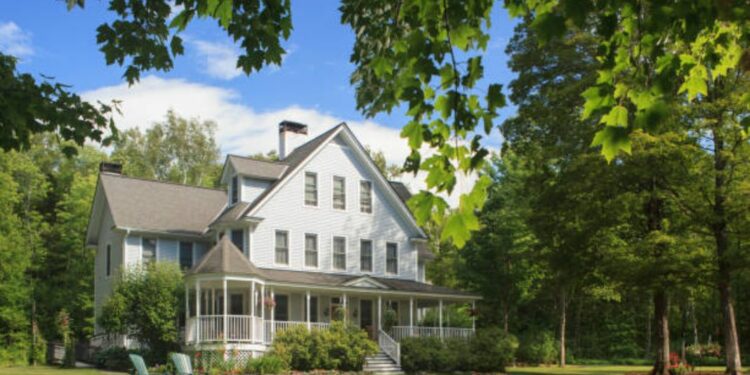 The U.S. housing market appears to be showing signs of a turnaround. The Fed’s aggressive interest rate hike seems to be the main catalyst.

However, there is still much debate as to what is really happening with the housing market in the world’s largest economy. Here are the latest facts and the 2 opposing views on this important topic.

The housing market and interest rates

One of the main components of real estate demand is the purchase of new homes through long-term mortgage loans.

The demand for credit depends on the mortgage rate, and the latter is affected by the average interest rate set by the FED.

Let’s look at the Evolution of Benchmark and Mortgage Interest Rates in the U.S. for the Period 1972-2022: 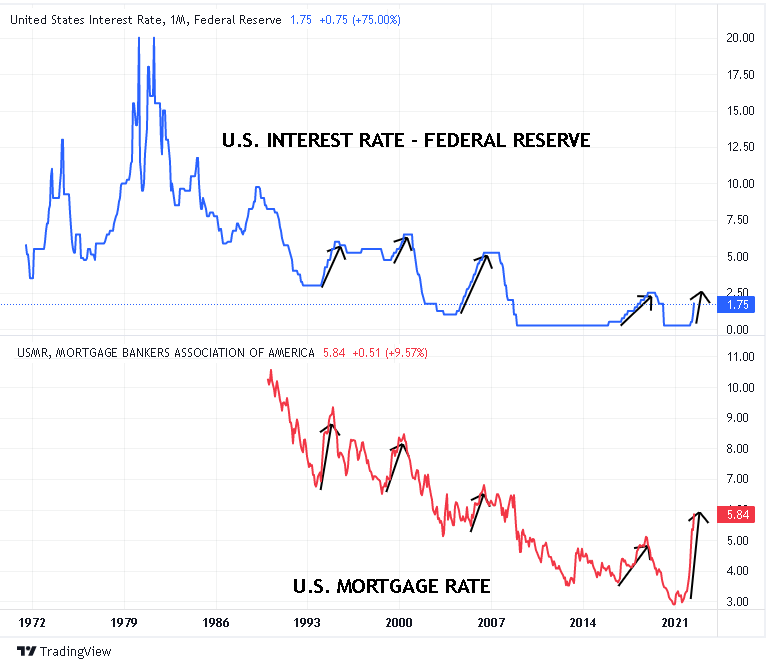 We are headed for a possible 75 basis point increase in the benchmark rate, which would reach levels of 2.50%. This increase will undoubtedly mean a further advance in the mortgage rate, perhaps above 6.00%; which has not happened since 2008.

But what happens during the rate reduction?

Unfortunately, for all those homeowners who have loans and have seen their interest burden increase, the Fed’s rate hike cycle has just begun.

On the other hand , inflation remains persistent and has not yet begun to decline.

One thing we must not forget when talking about macroeconomic policy changes are the “transmission mechanisms”. These develop as time goes by and economic agents adjust their expectations.

Moreover, economic data, when measuring and monitoring the past necessarily comes with a lag.

“We cannot expect inflation to disappear overnight. It takes the cost of money to rise and that effect to be digested by the entire economic structure for it to produce the desired effect.”

How far can the housing market go? 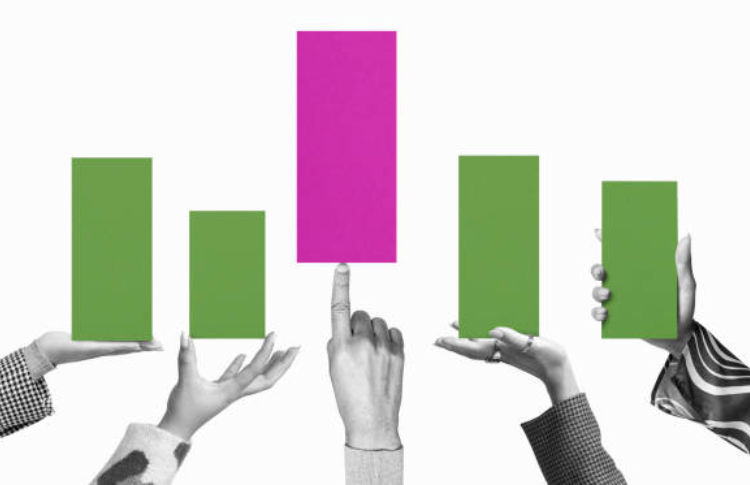 The discussion revolves around whether or not the turning point of the real estate market has arrived. In that sense we find 2 positions that dominate the debate on the subject:

Let’s look at the Evolution of the Housing Price Index, Annual Inflation and GDP of the US Construction Sector for the Period 1992-2022: 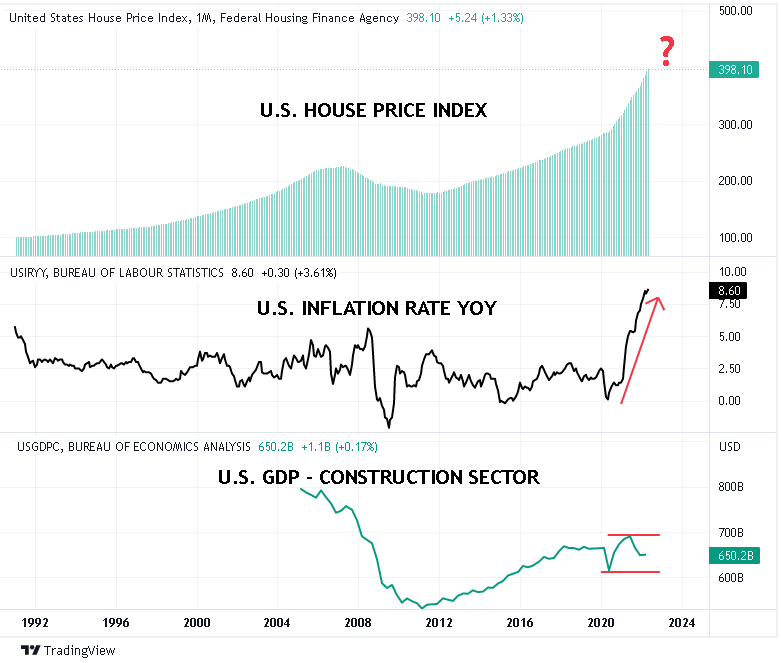 In the top panel we can see the U.S. House Price Index, which has continued to rise, albeit at declining annualized rates.

The unknown is whether these price levels are sustainable for the real estate market.

“Judging by what happened between 2007 and 2008, adjustments are gradual and only occur in the presence of catalytic events such as a recession. Otherwise, it is likely that the market can be sustained for longer at current prices, as the most optimistic claim.”

Next, we can look at US Annual Inflation, the latest reading of which was 8.60% for the month of May.

The country’s headline inflation continues to rise and, unlike the Home Price Index, does not yet appear to have peaked. On the contrary, it accelerated in 8 of the last 9 months.

“This puts upward pressure on interest rates, which could even reach 3.00% before the end of the year.”

It is likely that this could generate a restraining effect on demand in the housing sector.

As for construction GDP, the latest available reading reached a level of $650.2 billion.

However, with the post-pandemic recovery GDP reached around $700 billion in mid-2021, but slowed in recent months.

As Q2 2022 growth estimates come out, we will be able to assess how well the economy can withstand the rate hike cycle.

The outlook does not appear to be encouraging, however, as Veronika Bondarenko points out for The Street:

“Still, there is an ongoing debate as to whether we are headed straight for (or are already in) a continuing housing bubble.

While some analysts insist that years of rampant home price growth inevitably lead to declines, others point to the fact that inventory is still low and the fact that even a double-digit drop in prices would still make homes in most markets more expensive than they were just a few years ago. back.”

X-ray of the U.S. housing market. 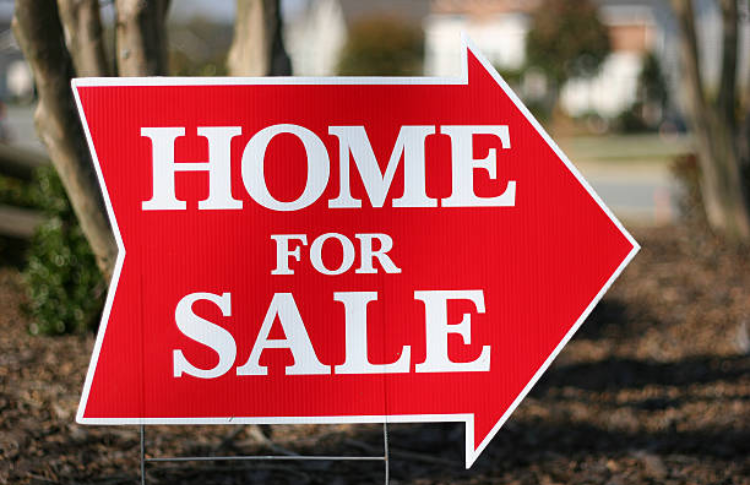 There are 4 main variables that account for the progress of the U.S. housing market, namely:

Measures the change in the annualized number of new residential building starts during the reported month. It is a leading indicator of strength in the housing sector.

A variable that reflects the annualized number of legal approvals granted for the construction of new or existing residential buildings during the reported month.

This indicator measures the annualized number of new single-family homes sold during the previous month. It tends to have more impact when released before existing home sales, as the two reports are closely related.

Represents the change in the annualized number of existing homes and residential buildings that sold during the previous month. This variable helps measure the strength of the U.S. housing market and is a key indicator of overall economic strength.

As reported by Reuters, new home sales in the U.S. fell in June to their lowest level in two years:

“The housing market is one of the most interest rate sensitive sectors. Last week’s data showed that used home sales fell for the fifth consecutive month in June.

Housing starts and building permits also declined further last month, but a collapse is unlikely due to the severe housing shortage.

In order to see the trends developing, let’s look at the Evolution of the 4 Major U.S. Housing Market Variables for the Period 1964-2022: 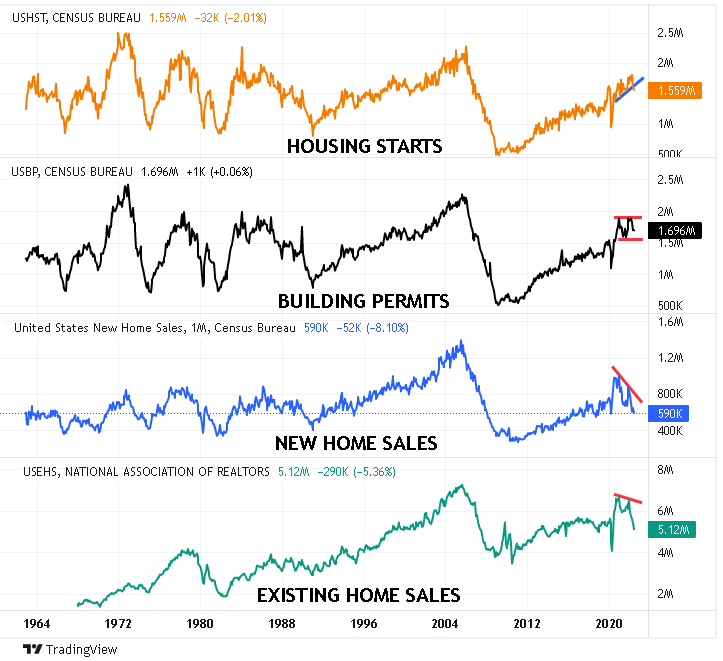 What to Expect in the Real Estate Market?

As this snapshot of the housing market shows us, much progress was made over the last decade, following the devastating effects of the 2006 housing crisis, which gave rise to the great financial crisis of 2008.

“However, currently 2 of the 4 indicators reviewed are already in a downtrend, suggesting clear fatigue in the U.S. housing sector.”

There is still plenty of demand for housing in the country, but the economic outlook is complicated, so it is prudent to monitor the trend of these variables.