Thomas Barkin: “To avoid inflation you have to destroy demand in the economy” 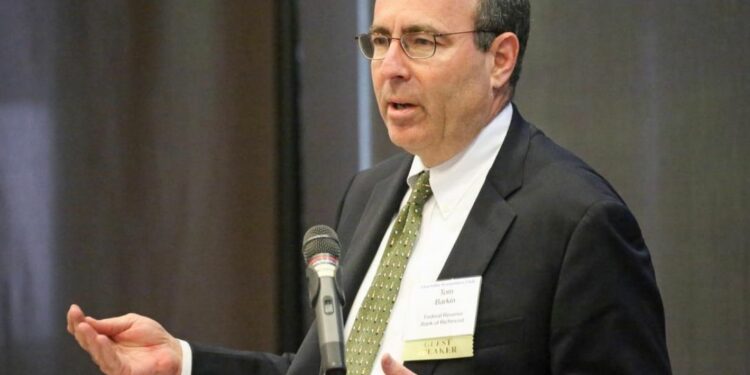 Richmond Federal Reserve President Thomas Barkin said the U.S. economy is showing signs of slowing because of inflation and as demand for goods stabilizes after the pandemic.

According to the Fed official, this weakening is affecting low-income households most significantly.

The level of inflation in the U.S. is the highest in forty years. However, he expressed confidence that the Fed will bring inflation back to the 2% target, but this fight promises to be a long one.

“I expect inflation to come down, but not immediately, not suddenly and not predictably,” he said. “My expectations are that it will be a slower path rather than an immediate path to 2%” the official indicated.

Rate hikes are a fact

The Fed’s rate hike has set off alarm bells in global markets over fears of a recession. At its June meeting, it has approved a 0.75 percentage point increase over last June’s meeting. This hike is higher than the usual quarter-point increase.

Finally, Barkin remarked that the US can avoid a recession because it has the tools available to do so, but that action depends on a “demand destruction” in the economy, in his own words.

It only remains to wait for tomorrow’s inflation data to know how the world’s leading economy will be positioned.