Less than $10 can buy each share of these companies. Why are they special? Because the FDA may soon approve their drugs. 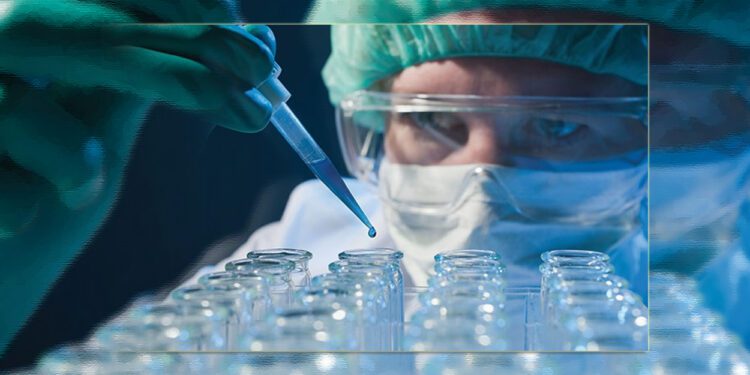 In a recent article, we presented some investment options in technology companies that could make a difference. However, the sector is not without risk for many investors with low risk tolerance. If that is the case, two biotech stocks that could deliver significant returns with lower chances of failure are now presented.

The cardinal point here is that companies linked to the healthcare sector will always be of relevance. The latter is as true in times of bull markets as it is in times of recession. People need advances in medical science in any scenario and that is when technological developments in which some companies excel appear.

For investors, knowing those companies and what their jobs and potential are is one of the key tasks for success. In this paper we present two companies that are currently developing drugs that could be transcendental. Also, if they receive approval from the Food and Drug Administration (FDA), their shares could take a giant leap forward. The good news: both are under $10 per share.

Some clarification on biotech stocks

As stated earlier, biotech stocks are low-cost and there will always be demand for these companies’ products. However, there are “buts” that investors should consider before making any decisions. In this case, it should not be overlooked that the products of these companies do not resemble those of others in terms of timing.

“Successful investments in biopharma companies are not always short-range and the road is often fraught with setbacks.”

For example, for companies like Samsung, a defective cell phone released to the market is picked up again to tweak it. That scenario is negated for companies involved in the health area and the reasons are obvious. In that sense, the FDA will not license drugs that have not passed all phases of clinical trials.

The latter translates into time. In other words, investments in the sector are not for the impatient or for people with weak nerves. Pharmaceutical companies’ products often take years or even decades before advancing from one phase to the next, especially for pathologies that harm millions of people every year. Add to this the setbacks that some of these companies often face due to unfair competition or conspiracy theories.

Either way, the shares of biotech companies are a veritable roller coaster that is barely surpassed by some cryptocurrencies. Meanwhile, the late deliveries and negative quarterly results that companies always drag along are a headache for unprepared investors.

That said, it should be added that waiting and endurance provide rewards like no other. The returns offered by the shares of some companies in the sector can change completely with just one approval from U.S. regulators.

These are the two biotech stocks that could be hidden gems

Knowing the context of investing in companies in the sector, it should be noted that the risks are considerable. But a varied and well-ordered portfolio of pharmaceutical companies will always be, if I may say so, healthy. These are the two companies that could become the next source of returns for your investors:

There are three basic elements that determine that the shares of a company in the sector will enter an uptrend. These are positive clinical trial results, potential regulatory agency approval and the launch of a new drug to combat a pathology. If at least two of these catalysts come together, the chances of success are almost certain.

Even if some companies are in the midst of a long lead time for their products, one of these three elements would be enough to drive the stock price higher. That means those three catalysts have mechanics that are not subject to market conditions, which is good news for investors.

The latter translates into biotech stocks potentially starting a rally against the tide. The two companies cited for this paper received praise from analysts. The data for these two companies was taken from TipRanks and cross-checked with other portals such as Yahoo Finance.

This biopharmaceutical research company specializes in creating new treatments for B-cell diseases. These are serious autoimmune conditions. They are characterized by a loss of B-cell tolerance and inadequate production of certain antibodies. Among the most common manifestations of this condition are multiple sclerosis and rheumatoid arthritis.

The key element of TG that captivates analysts is that it has a huge pipeline of options for these diseases. Some of the likely drugs are in early stage clinical trials and one of them is on the frontier of FDA approval.

This is ublituximab, which is “a glycoengineered monoclonal antibody designed to target a ‘single epitope on CD20-expressing B cells,'” TipRanks says. This drug recently completed two Phase 3 trials (Ultimate I and II). Based on the results obtained, the company felt confident to apply for an FDA biologics license. By December 28, 2022, the company would meet the requirements for acceptance by the regulatory agency.

This drug is the company’s big news and would be preparing for a commercial launch in early 2023. If the drug is finally approved, the company’s shares would be at the top of the biotechnology sector in a few weeks.

Some analysts such as Ladenburg’s Matt Kaplan – consulted on the aforementioned portal – are extremely bullish. He believes that the company’s shares will reach $22 dollars from now until one year from now. This is a 168% growth considering that the current price is $8.56 dollars per share, according to Yahoo Finance.

Four other Wall Street analysts are fully betting on buying the stock, giving it a “strong buy” rating. The consensus places a price target of $19.75 per share.

The second of these companies is no slouch in terms of its projects and potential for share growth. Acer is focused on fighting serious metabolic diseases, particularly those conditions that due to their rarity do not have appropriate medical treatments. The company has three strong drug candidates. Among them, the most advanced is ACER-001.

This remedy is based on the treatment of inborn errors of metabolism, TipRanks explains. Among the diseases it neutralizes are urea cycle disorders, OTCs and maple syrup-smelling urine disease (MSUD). The latter is a rare condition in some infants and is caused by the body’s inability to break down some parts of proteins.

The FDA license application was resubmitted in July of this year and the cycle is expected to be completed by the end of January 2023. Although the application has already been rejected, the regulatory agency itself clarified that it was not a matter of problems with the drug, but of infrastructure and other protocols.

In any case, the reports of the aforementioned media say that within the company, optimism is exultant. This is evidenced by the fact that the CEO himself, Steven Lisi, has reportedly bought more than 819,836 shares of the company. Similarly, the firm’s president also purchased 409,836 shares at a cost of $500,000. Optimism is also expressed by Wall Street analysts.

Out of four analysts consulted by the portal, all of them are betting on a solid buy vote and none of them thinks that it would be a good option to sell or sell. Thus, the rating is “strong buy”. The price target for the stock is $9.67 per unit. At Monday’s close, the stock was trading at $2.9, up 37% in 24 hours. Nearly 500% would be the stock’s growth a year from now, according to analysts.

Thus, the shares of these biotech companies are emerging as two winning options.

This work is not investment advice. Its content is merely informative.