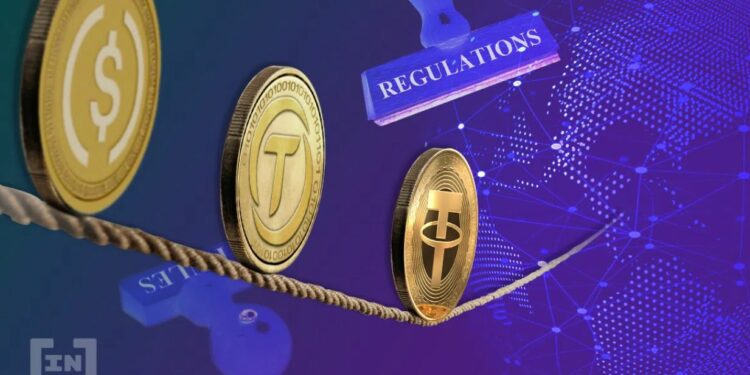 Stable currencies (known as Stablecoins) whose value follows that of major international currencies will face regulation and supervision similar to that of banks. This has been introduced as a bill in the U.S. House of Representatives.

The draft bill would present obligations to stablecoins on capital, liquidity and supervision equal to banking entities. The same bill allows non-bank entities to issue stablecoins on the condition that they adhere to greater oversight than usual.

Companies would be prohibited from issuing their own stable cryptocurrencies. This is intended to ensure that issuers maintain reliable and sufficient reserves, given the stresses that this cryptoasset class has suffered this year. The measure does not have an assured future of approval in the short term

It carries bipartisan support in the House but it is feared that the Senate will not deal with it soon. The November U.S. Congressional elections are just a few months away, at which point policymaking grinds to a halt.

This bill has been requested several times by the U.S. Treasury. On other occasions the agency has asked Congress to draft legislation that would provide a framework for stable currencies in line with financial product standards.