The self-proclaimed creator of Bitcoin won a "Pyrrhic victory" in the London courts regarding his lawsuit against blogger Peter McCormack. 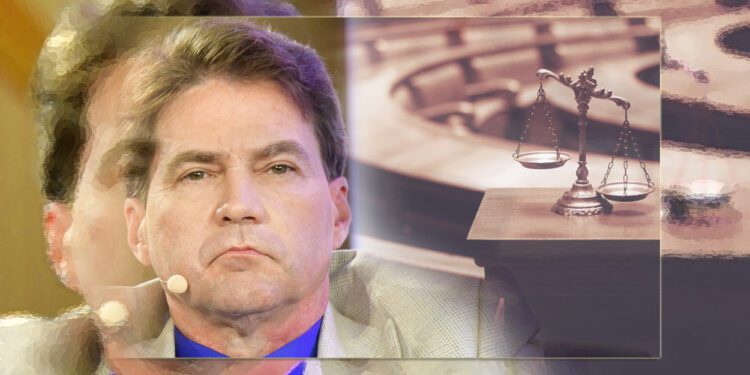 This Monday (01/08/22), the High Court in London came to the conclusion that Craig Wright’s allegations are totally false. It concerns the computer engineer’s claim to punish podcaster Peter McCormack for alleged defamation. The latter claimed in 2019 that the Australian and Satoshi Nakamoto, the mysterious creator of Bitcoin, were not the same person, but rather a fraud.

By publicly considering that the controversial engineer is not the creator of the pioneering digital currency, McCormack was sued. For years, the engineer has been claiming that he is Satoshi Nakamoto, although he has never shown conclusive proof of this. However, he has been aggressive in suing anyone who dares to deny it.

It is worth noting that this person is allegedly one of the biggest whales, i.e., holder of reserves in the virtual currency. In any case, the British courts consider his arguments to be untenable and eminently false. At the time of writing, it was known that the engineer’s lawyers would appeal the court’s statement.

According to the computer engineer, Craig Wright, he is the creator of the largest cryptocurrency in market capitalization. If true, that would make him the largest holder and one of the largest millionaires in the world. However, his claim to be the mysterious Satoshi Nakamoto is unsupported, in the view of his detractors.

That was precisely what Peter McCormack argued in his podcast and which generated the Australian’s ire. Despite this, the defamation suit has not had the best of results for him. In that sense, the court’s decision confirms that the first witness statement is “directly false in almost all material respects”.

According to the sentencing judge, the decision was made after an investigation process that covered several aspects. Meanwhile, the extent to which that case, and the evidence contained in the witness’ first statement, was subsequently shown to be false, he says.

Thus, “the vague and unimpressive oral evidence provided by Dr. [Craig] Wright in support of his new case at trial” would have nullified the relief sought, according to Judge Martin Chamberlain. On the other hand, it should not be lost sight of that McCormack was indeed accused of having defamed the engineer.

Thus, the words of the podcaster and blogger would have “seriously injured Wright’s reputation”. In view of this, the latter should receive financial compensation from McCormack equivalent to £1 pound sterling ($1.23 U.S. dollars).

According to the subject matter of the lawsuit, the blogger’s defamatory words would have triggered economic losses for the engineer. In particular, some invitations to forums and conferences were allegedly withdrawn by the organizers, which caused him considerable losses. Regarding these events, the lawyers of the self-proclaimed Satoshi Nakamoto failed to gather evidence.

With that, the Court considers that there were no economic losses for Wright since the alleged invitations and cancellations to events did not take place. Thus, Chamberlain considers that the compensation is not unfair to the Australian. This is because he did not suffer losses in the non-existent academic conferences from which he falsely claimed to have been revoked because of McCormack.

Although the conclusion is that McCormack is guilty of defaming Craig Wright, the results are far from satisfactory for the latter. Having lied in court does more damage to his credibility than the blogger’s own 2019 statements.

In response, Wright’s lawyers released a statement (quoted by Coindesk) stating that they will appeal. “I intend to appeal the adverse findings of the judgment in which my evidence was clearly misinterpreted,” the computer scientist would have stated according to his lawyers.

For his part, McCormack considered the conclusion a victory and thanked those who had supported him. “I want to thank my attorney for his diligent work on the case. I also want to thank Judge Chamberlain for this result. We are very pleased with his findings,” he said on his Twitter account.

The possible revision of the court’s findings

An important aspect of the likely appeal of the London court’s findings would be based on Wright’s alleged condition. As published by the news portal Coingeek.com, the Australian engineer suffers from Asperger’s syndrome, which means that his statements tend to contain a certain degree of contradiction that generates confusion.

“The sentence against McCormack, for which he will have to pay £1 pound, is based on having branded Wright a “liar” and a “fraud” in 2019.”

The aforementioned portal, with an obvious pro-Wright bias, claims that Judge Chamberlain’s findings open the door to an obvious appeal. The fact of the engineer’s allegedly “well-documented” condition “has been a constant point of controversy in his various legal battles,” the media outlet notes. It adds that Craig Wright has collected evidence of his condition for the courts to take into account likely confusions in his testimony.

That alleged evidence would have been admitted in U.S. courts, although there was no discussion of it in U.K. courts, the page states. “Given Judge Chamberlain’s comments regarding Dr. Wright’s evidence, it could be something planned in the inevitable appeal,” they note.

In the view of the author of the cited media outlet, “the verdict amounts to a decisive stamp of approval for Dr. Wright and a warning to anyone who wants to try their luck attacking his identity as Satoshi Nakamoto.” It is worth mentioning that the Court in no way concludes that the Australian is Satoshi Nakamoto and the verdict cannot be interpreted as proof of that.

Ultimately, the judgment against McCormack, for which he must pay £1 pound, is based on having branded him a “liar” and a “fraud” in 2019.

Since the computer scientist self-declared himself as Satoshi Nakamoto in 2015, criticism against him has been rife. Much of the attacks were promoted by McCormack, but the vast majority of the bitcoin community consider him a “fraud.” The Australian’s responses have focused on taking legal action rather than confronting his detractors.

But his attempts to intimidate doubters have failed to scare off the community. One of those who also dared to challenge the programmer was Ethereum co-founder Vitalik Buterin in June 2021. At the time, Buterin said that the Australian’s claim to be the creator of Bitcoin is a sham. He also accused him of being a scammer and challenged him to sue him.

“You heard me, yes, I think your currency is a scam so you can sue me,” the Ethereum co-founder expressed challenging Craig Wright’s legal team. He also compared the Australian to the former president of the United States, Donald Trump for his claim to be Nakamoto. With the latter he implied that this comparison means “that it is not something very intellectual”.

Among the victims of legal action by the alleged creator of Bitcoin is the editor of Bitcoin.org, who calls himself Cøbra. This portal is said to have published a copy of the White Paper or presentation document of bitcoin created by Satoshi Nakamoto. Considering himself as Nakamoto, Wright sued the publisher for copyright.

Craig Wright is synonymous with controversy in the crypto environment

The Australian purports to portray himself as a victim of harassment by bitcoin enthusiasts. Consequently, his defenders claim that his attitude is defensive against people who seek to defame him by all means. However, the programmer’s attitude seems to indicate that he is more than comfortable being in the spotlight.

Testimony to this are the permanent controversies he has engaged in on different fronts to stay on the front pages. In 2021, he launched a lawsuit against 16 Bitcoin developers. The intention behind it was to recover 111,000 bitcoins from two addresses of which he claimed to have lost the keys in a hacking attack against him.

In mid-March 2022, Craig Wright was legally forced to pay $43 million to a company he had been involved in founding. A federal court found him guilty of illegally taking intellectual property belonging to that company.

During another of the controversial cases, the self-styled founder of Bitcoin threatened to sell “his funds”, i.e. those in Satoshi Nakamoto’s wallets. In those wallets is an amount of 1.1 million bitcoins, which are equivalent to a U.S. dollar value of $25.3 billion. In November 2021, they were valued at more than $75 billion during the historical peak of the virtual currency.

Although few take the Australian’s threat seriously, if he really was Satoshi Nakamoto and sold such an amount, it would cause a sharp drop in the cryptocurrency’s price. Apart from that, Wright threatened to launch a 51% attack against the bitcoin blockchain network.

Will it ever be known who Satoshi Nakamoto is?

Satoshi Nakamoto’s plan when he created bitcoin was to disappear forever without a trace. In that way, he ensured that his creation had no one behind it and complied with the purest precepts of decentralization. Since then, he has never reappeared, which has created a halo of mystery and fascination for the holders of this currency.

At the same time, its sudden disappearance gave rise to dozens of conspiracy theories about its real identity. The magnitude of its creation, once analyzed in detail, increases the fascination to know what kind of genius is the creator of the coin. For experts and analysts, the genius of the coin’s creator allowed him to design a perfect escape, making the search for his identity an almost impossible subject.

Others consider that it is better this way, since it would be counterproductive for the coin for the creator to appear. In any case, Craig Wright took advantage of this “power vacuum” and thanks to his knowledge of computer science would have created the argument to proclaim himself as the mysterious genius behind the virtual currency and the blockchain.

That argument is backed up by intimidation against detractors of his alleged identity. However, outside of the community he has built around himself, few give credence to his claims. And it’s not just influencers like Vitalik Buterin, but any digital currency enthusiast.

Other unproven clues to Nakamoto’s identity

Apart from the Australian, another computer genius becomes an ideal candidate to be the founder of the pioneering digital currency. This is Hungarian Nick Szabo, who has repeatedly denied being the person behind the currency. When approached about the suspicious character similarities he has simply replied: “I’m not, but if you want you can believe it”.

In his book Blockchain, novice to expert, Keizer Soze claims that Szabo’s way of writing is linguistically identical to that of the White Paper. He concludes that the Hungarian is the creator of that document. He is a “computer scientist and is also an excellent cryptographer and recognized Bitcoin expert. In addition, he is popular for his lectures related to Blockchain technology, digital currencies and smart contracts,” says Soze.

Suspicion is heightened by the fact that Szabo’s past is unknown, the book states. Before Bitcoin appeared, the Hungarian already had a currency with the same purposes (Bit Gold). The author of the aforementioned book claims that Szabo’s date of birth was never confirmed. “According to official data Szabo was a professor at George Washington University. But in that house of study there is no historical data of a person named Nick Szabo, which suggests that this is not his real name,” says the author. In this work you can learn more about the mysterious Szabo.

That many coincidences only point to a narrative and not to proof that Szabo is the creator of the digital currency. The same goes for Craig Wright, even if he insists on proving otherwise by handing out lawsuits.