The increase was 1.1%. Food and gasoline prices are behind this record increase 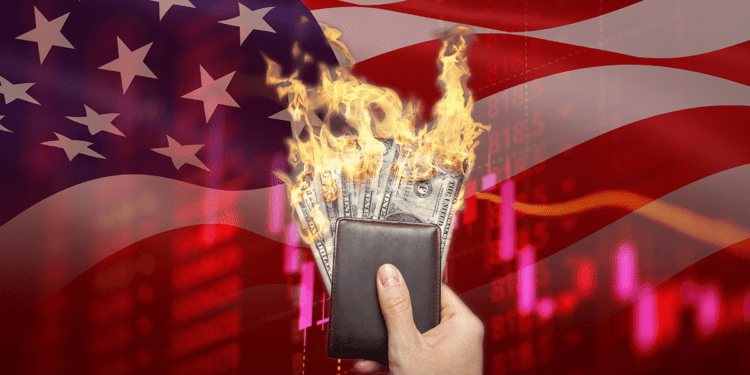 Consumer spending accounts for more than two-thirds of the country’s economic activity. It increased by 1.1% during June. This increase in spending also exceeds economists’ estimates of 0.8 to 0.9% growth.

This data is included in the second quarter Gross Domestic Product report. This report verified that inflation-adjusted consumer spending soared in a context of slowing purchases of goods, especially food. Recall that U.S. GDP contracted by 0.9%, pushing the country into a technical recession.

Another key factor in the inflationary process is gasoline prices. Gasoline prices have reached record highs in more than 40 years. The Personal Consumption Expenditure Price Index (which measures the variation of goods and services) rose by 6.8% in June in a year-on-year comparison

This number also exceeds the previous number recorded in the month of March which was 6.6%. The new record high of 6.8% in June is just below the January 1982 peak in the US.

The Personal Consumption Expenditure Price Index had remained at stable levels of 6.3% during April and May. The inflationary stampede in gasoline prices during June raised this indicator to levels not seen in more than 40 years.