Consumers in the United States continue to stand up despite the high prices of major companies' products and services. 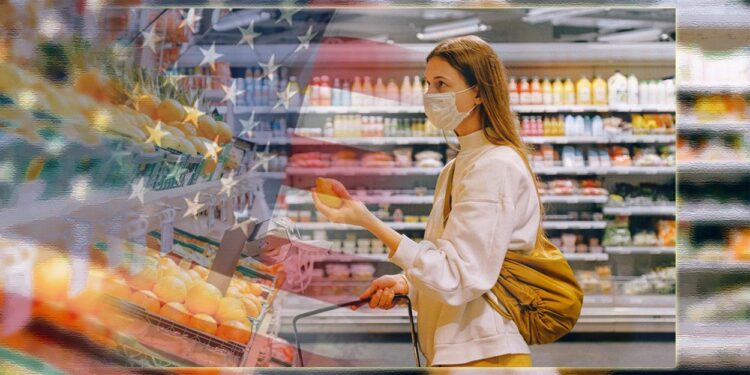 Although major retailers posted negative numbers this earnings season, U.S. consumers are standing tall. In that regard, many companies have had the luxury of raising prices on goods and services without losing significant numbers of users. Household budgets are decimated, but there is still plenty of room to maneuver.

As is generally the case in times of high producer costs, these are passed on to consumers. The latter make numerous adjustments to their incomes to adapt to changing price conditions until the increases become unbearable. In the midst of this process would be U.S. buyers in the current conditions of widespread price increases.

Corporate earnings results for the second quarter of the year show that brands continued to raise prices. Parallel to this, their customers continue to buy products steadily after respective adjustments. As long as people have such purchasing power, it is unlikely that the time for price cuts is near.

How are U.S. consumers holding up?

This Wednesday, the US monetary authorities announced a further increase in the price of money by 75 basis points. With this increase, rates in that country reach the 2.25% to 2.5% range and become the highest since the 2008 financial crisis. With this in perspective, the inevitable question arises as to how much longer U.S. consumers can hold out.

But if inflation causes hardship to household budgets, remedial measures are no less damaging to families. Increasing rates would lead to job destruction and lower real wages, which creates serious problems, especially for the most vulnerable sectors of society. It is like cutting off the arm to remove the pain of a finger, but it is one of the few actions that can be taken.

Thus, for U.S. consumers, both scenarios test their ability to adapt. So far, the rate hikes that have been implemented since March have not broken employment or caused prices of major commodities to fall. While this is happening, citizens are still buying and companies are raising prices.

One of the lifelines that has allowed people to ride out the historic price increases is pandemic savings. During the period of confinement, people canceled vacation trips and dozens of everyday expenses ranging from trips to the movies to restaurant meals. That allowed the time to serve up big savings.

“As long as companies cover their expenses and keep hiring and people keep spending, inflation will not recede.”

Much of those stored funds have been used to cushion the growth in commodity prices. However, it is feared that by the hypothetical arrival of the recession people will no longer have larger amounts within reach, especially if they become unemployed.

In any case, U.S. consumers are still in the stores buying goods. On the other hand, the tendency to turn more and more to staples and the abandonment of non-essential purchases would be reinforced. The latter is precisely what the quarterly reports of large retail chains such as Walmart point to.

But other major chains such as Coca-Cola and McDonald’s reported that they have raised prices to cover their operating costs. This would not have significantly affected the number of sales. Hence, these companies made it clear that they will continue to raise their prices to cover their production costs, employee salaries and profits.

So, for inflation to reach 9.1% and for people to keep spending despite this, can say a lot about the Fed’s actions. Interest rate hikes appear to be timid in achieving the goal of driving the economy into contraction. As long as businesses cover their expenses and keep hiring and people keep spending, inflation will not recede, which would require hawks to be more aggressive.

The other result of hawkish policies

But aggressively raising rates to cause a contraction and ultimately cool the economy is not such a simple formula. The effect of such a move impacts multiple sectors that eventually interconnect with each other to create problems all around. Specifically, one can allude to the effect on the stock markets.

The rate hike measures caused the S&P to taste the bear market in June and the Nasdaq earlier in March. The recent plunge in stocks was triggered by fears that the Fed would raise 75 basis points in June. This is enough to give you an idea of what would happen if the spirit of Volcker took hold of the central bank hawks.

If a 2.25-2.50% rate hike would send markets reeling, a 20% increase would be a catastrophe and wipe billions from investors. As for U.S. consumers, they would see a historic deterioration in their living conditions. It is worth noting that 40 years ago Chinese products flooded the market allowing acceptable standards to be maintained.

However, the tariffs on Chinese products completely nullify that possibility unless last minute decisions are made. If consumption is sustained, the Fed’s stance is likely to become stronger despite signs of softening going forward that were interpreted from Wednesday’s report following the close of the July Federal Open Market Committee (FOMC) meeting.

One fact that illustrates how healthy consumers still are is that of British Unilever products. The prices of these have increased well above the average consumer price index. During the second quarter, they rose by more than 11% and their managers say they will continue to increase them.

Meanwhile, the company’s sales have not suffered a major impact. Unilever’s products are very popular and encompass a wide variety ranging from Dove soaps and shampoos to Hellmann’s mayonnaise. Despite the increases, the company’s management believes that they have kept pace with inflationary increases. This suggests that U.S. consumers will have to pay more for these goods for the foreseeable future.

Companies implemented increases of between 5% and 11% across the board on their products during the second quarter. This includes products ranging from condoms, toilet paper, painkillers and soft drinks to disposable diapers. An identical reality faces consumers in other countries such as the United Kingdom and Eurozone nations.

At worst, low-income people are turning to alternative branded products. Similarly, other sectors of the population are limiting their purchases to more essential products. Other services such as streaming also pose a challenge. In the case of Amazon, this company increased the value of its accounts, citing inflation problems.

The apparel business is fracturing

But if the area of consumer goods purchases seems solid, this reality does not apply to other sectors such as clothing. Households’ efforts to stretch budgets and reach food products are not enough to cover the usual clothing purchases. This trend would be leading to a major fracture in this and other sectors.

This latest scenario is leading retail giants like Walmart to cut their growth expectations for the coming quarters. The takeaway from all this is that as long as people are shopping, companies are keeping their ability to sustain themselves alive. The big question, however, is how long?

The moment price pressures become unbearable for U.S. consumers, they will have no choice but to capitulate. Consequently , the cost pass-through to citizens by companies will be returned in nightmarish form when their products are stranded. Aware of this fact are the directors of many brands who now claim to have no other alternatives.

Some of them claim they are doing everything they can to reduce price increases, but the pressure from their suppliers is strong. “We are very conscious that the consumer is feeling the pinch in many parts of the world,” says Unilever CEO Alan Jope, quoted in El Economista.

Typical measures to keep consumers in stores, such as reducing the size of packaging, would be the order of the day. With this, people pay the same price for a unit that, even if it brings less, is still a unit. This creates a psychological effect of conformity in consumers.

Among the disconcerting facts of this situation is that car sales remain high in the U.S. Some heavyweights such as GM and FORD are overwhelmed by demand that is outstripping their production capacity. Sales are vertiginous, especially in luxury sports cars, according to some of the automakers’ executives.

In the case of General Motors, the company reported quarterly revenue growth driven by truck and sports car sales. “All the cars we have the capacity to manufacture we are selling very fast,” says Mary Barra, a director of that brand. Despite this, she clarifies that inventory levels are very low due to the shortage of chips.

Regardless, U.S. consumers appear to be far from the Federal Reserve’s cooling target. As already highlighted, inflation would remain high if consumers continue to pay for goods. Other external factors also play a role, such as fuel prices, which stem from the war in Ukraine and the problems of oil producers.

The Fed insists that it is prepared to “do whatever it takes” to combat inflation. From this, it can be interpreted that it is not ruling out more violent rate hikes. In short, what we see is that markets are adjusting to the current pace and with Wednesday’s rate hike announcement, stocks reacted positively. A hint of the Fed being more hawkish in the next few meetings would lead to another plunge in stocks.