Venezuela is the third country with the highest adoption of cryptocurrencies

According to a UN report, the Ibero-American country is one of the global leaders in the adoption of cryptocurrencies such as Bitcoin and the so-called stable currencies. 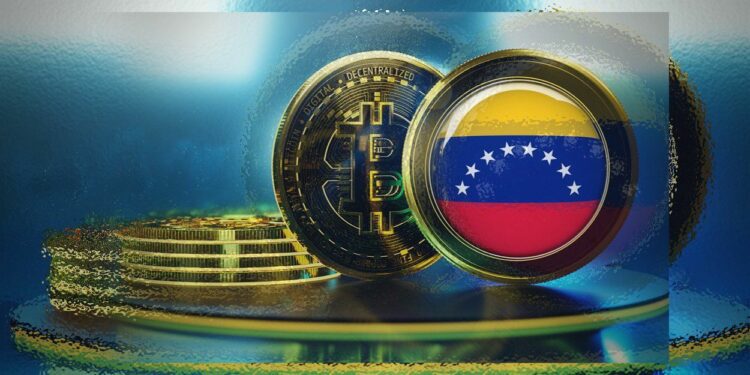 According to the United Nations Conference on Trade and Development (UNCTAD), Venezuela ranks high in cryptocurrency adoption. The South American nation would be in third place in that line headed by Ukraine and Russia in first and second place.

In the report published by the organization, it is highlighted that Colombia is also among the first places, ranking 10th. Brazil and Peru are in 14th and 18th place, respectively. The report highlights that the use of these assets has increased since the beginning of the pandemic and underdeveloped countries are at the forefront.

There are many reasons why economically dependent countries are in prominent positions in this market. One of the most frequently cited is the weakness of national currencies. Also, in countries with strict government control over the lives of citizens, they take refuge in the relative degree of privacy offered by cryptocurrencies.

Why does Venezuela stand out in the adoption of cryptocurrencies?

According to the aforementioned UNCTAD report, the global adoption of virtual currencies is dominated by Ukraine. In that country, 12.7% of people use cryptocurrencies for various purposes. In the Russian Federation, 11.0% do so, and in Venezuela, 10.3%. The South American nation meets numerous conditions to be in the top positions.

Until 2018, the use of cryptocurrencies was penalized with imprisonment by Caracas. Miners or anyone suspected of storing such assets were relentlessly pursued by the authorities. But that year, the government made a turnaround and began to encourage the use of the coins and even created a currency backed by natural resources: the Petro.

While that project turned out to be a failure from the start, the same did not happen with other currencies such as Bitcoin. The outrageous inflation of the local currency, the Bolivar, and the difficulty to access foreign currency pushed the population to back their money in stable currencies. The low cost of electricity service stimulated the large-scale use of digital mining.

Thus, inflation and low utility costs were key factors for the adoption of cryptocurrencies to rise in Venezuela. Another, of no lesser weight, was the never-ending economic crisis triggered by government corruption on the one hand, and U.S. sanctions on the other. This destroyed most of the country’s productive capacity.

In this scenario, play-to-earn games boomed for young people who decided to stay in the country.

The expansion of the crypto ecosystem around the world

The reality of each of the countries in the growth of the use of digital currencies is varied. Consequently, the factors that have led its citizens to approach this technology are diverse and some are extremely particular. Such is the case of Ukraine, where the population has turned to these assets for obvious reasons.

But there is a universal reason for this shift and that was the onset of the Covid-19 pandemic in March 2020. People started spending more time at home and in front of their computers and mobile devices. The desire to generate income from the web imposed the need to learn about cryptocurrencies as a form of money that is borderless.

According to the aforementioned report, from September 2019 to June 2021, cryptocurrency adoption grew by 2,300%. The layoffs and increased cost of remittances during that period, coupled with the aggressive attitude of crypto promoters, allowed interest and curiosity to quickly turn into action.

The entry on the scene of important figures, companies and countries in investing in the blockchain world pushed millions of people to be part of it. Likewise, the boom of the non-fungible token or NFT market and decentralized finance were extremely attractive and profitable for entire populations.

Stablecoins as the protagonists of cryptocurrency adoption

For the aforementioned UN commission, stablecoins or stable currencies are among people’s favorites. This is because they are not subject to the volatility that currencies such as Bitcoin or the so-called altcoins or alternative currencies have.

” Stablecoins are among the most popular, but pose the greatest dangers to the financial stability of underdeveloped countries.”

However, the report warns of the dangers of these currencies. Unsurprisingly, they cite the case of Terra and its UST coin, which suffered a spectacular collapse in early May. If such scenarios become more frequent, they warn, the financial stability of many countries could be compromised.

With this, they explain that cryptocurrency adoption is not as harmonious an affair as enthusiasts paint it. “A decline in the value of such assets, or an undercollateralization of stablecoins, would result in issuers lacking the means to pay holders,” the report notes.

“Compared to the decline in the price of cryptocurrencies, which give rise to losses for their holders, a more serious issue concerns the fall in the value of stablecoin collateral. This could require a public bailout in which taxpayers would ultimately pay the costs,” the report explains.

They warn that since May some stablecoins have already ceased to have parity with the US dollar. With that, they clearly make mention of UST and the massive sell-off it triggered across the entire digital currency market.

The risks of digital currencies

UNCTAD also points to the dangers, in terms of crime, that virtual currencies could bring. In that sense, they point to the possibilities of virtual currencies being used for illicit purposes such as drug trafficking and other crimes. “There are many reasons to be cautious,” they warn.

On the other hand, they point to the problems that digital currencies could generate for the economy of underdeveloped countries. The first is that they could jeopardize financial stability. ” If the price collapses, the monetary authorities will have to take responsibility for restoring stability”.

The second problem with the adoption of cryptocurrencies is that they would significantly damage capital control. This would damage an “essential instrument in underdeveloped countries to curb the emergence of macroeconomic vulnerabilities,” they note.

Thirdly, they point out that if these currencies become so widespread, they could replace national currencies. According to the report, such a situation could put the monetary sovereignty of many nations at considerable risk.

In the latter case, the report cites the International Monetary Fund’s warnings to countries that have made Bitcoin legal tender. Particularly, these are the Central African Republic and El Salvador in April 2022 and September 2021 in the same respective order.

The other type of assets mentioned in the UN agency’s report are the stable currencies of central banks. Also known by their acronym CBDC, these assets would play an important role in presenting themselves as contenders to private currencies. Some countries are at an advanced stage in the promotion of these projects.

Among them is the People’s Republic of China, which has been developing its e-CNY or Digital Yuan for more than half a decade. In the United States, the European Union and other regions there is also talk of creating their own CBDCs. If successful, these proposals could become one of the solutions to the growing threat of instability of stablecoins.

Either way, the adoption of cryptocurrencies seems unstoppable despite the current winter plaguing that market. The prices of the major coins plummeted from their historic peaks in late 2021 and now struggle to maintain weak supports.

Among these cases, Bitcoin stands out. This is the largest coin in market capitalization and was valued at $69,000 per coin in November 2021. Now, the pioneering cryptocurrency is battling to stay above $20,000. However, many users seem undeterred by such price changes and probably assume that the risks are worth it.

Finally, the report discusses regulations, in its view necessary for the cryptocurrency ecosystem, and proposes recommendations for users and nation states.