What will the second half of the year look like for the S&P 500?

Better, the same or worse? 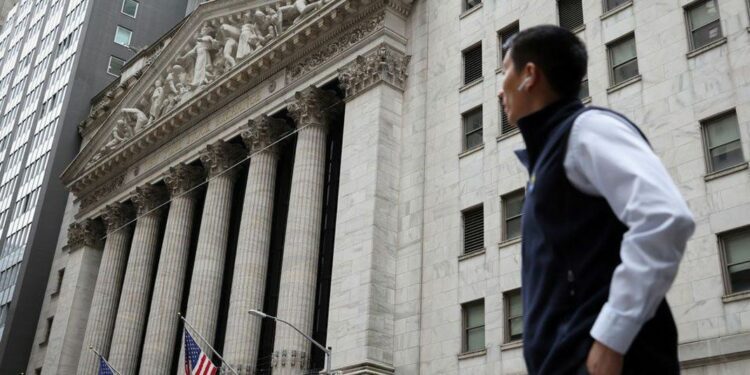 The U.S. S&P 500 index is on track to have its worst first half since 1962 as market concerns mount over high inflation, uncertainty around Fed rate hikes and the performance of the U.S. economy.

According to S&P Dow Jones Global Indices analysis, historically there has not been a marked correlation between stock index performance in the first and second half of the year so it is difficult to forecast what will happen in the next six months. Nor if the dismal performance is an indicator of what is to come.

During the first half of 1970, the S&P 500 lost 21% in an economy also characterized by very high inflation similar to the current one. However, in the second half of that year it rose 27%

This was also the case in 2020. The most important index for analyzing U.S. economic performance fell by 4% in the first half of the year and then soared by 21% in the following six months. 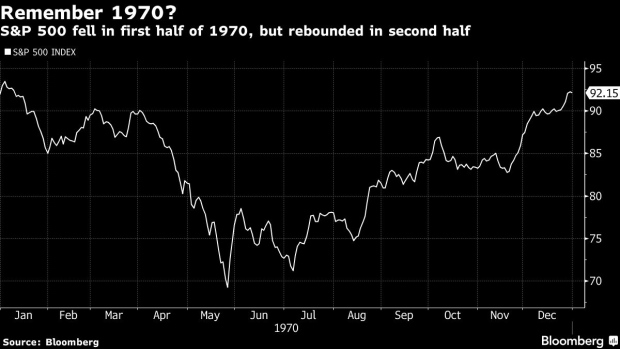 The only sure thing is uncertainty

The senior director of index investment strategy at S&P Dow Jones, Anu Ganti, explained to Bloomberg that despite this background, nothing ensures that a similar situation could occur this year in 2022. No one can predict what will happen in the second half of the year.

The years in which the S&P 500 has had a bad first half of the year since 1957 and then recovered are equivalent to more or less 50%. In other words, the odds of the economy recovering in the second half are 50-50, according to the historical performance of the benchmark index.

“It’s very difficult to know or predict what’s going to happen based on past performance,” Ganti said.

However, Northwestern Mutual Wealth Management chief investment officer Brent Schutte is more optimistic and believes the odds of improvement in the following months of the year look good.

“I think the fear is that this time period will be like the 1970s, where demand falls but inflation doesn’t fall with it. That would mean the Fed would have to go ahead and raise rates, which would cause a deeper recession. That’s not what I see happening,” he said.

He predicted that this time around inflation will tend to slow along with demand. This will create the conditions for the stock market to turn positive and regain its momentum.

The analyst sees signs that inflation is cooling down. He bases his assessment on the fact that the May personal consumption expenditures price index, which the Federal Reserve uses to monitor its inflation target, grew less than expected.

“I’m not surprised that there is no correlation between the past and the future. I’ve never found a way to make money by looking in the rearview mirror,” Schutte pointed out

Treasury yields also fell for the second day in a row on Wednesday, while the dollar rose after Federal Reserve Chairman Jerome Powell’s remarks.

The U.S. central bank official admitted the risk that Fed rate hikes could cause a deeper decelerating effect on the economy. Although he noted that the biggest risk is maintaining persistent inflation.

“The U.S. is already in recession.”

But not everyone is optimistic about the U.S. economy’s performance in the second half of the year. Ark Invest CEO Cathie Wood of Ark Invest said this week that the U.S. is already in an economic recession

The executive admitted to underestimating the severity of the situation and how long the price hikes could last. “We believe we are in a recession,” Wood said in remarks to CNBC on Tuesday

“We think a big problem is inventories … the rise of which I’ve never seen this big in my career. I’ve been around for 45 years,” added the investor who focuses on innovation investments.

According to Wood inflation turned out to be higher than expected due to concurrent factors such as supply chain disruptions (with China leading the way) and geopolitical risks, which were forecast earlier in the year.

You can read more on this topic in our article Economic scenarios to consider for safe investing in 2022.

Consumers are bearing the brunt

“We were wrong about one thing and that was that inflation remained as sustained as it has been,” Wood argued. As for the supply chain disruption that began with the pandemic he said he could not “believe it is taking more than two years.”

He commented that “the Russian invasion of Ukraine, of course, we couldn’t have seen that. Inflation has been a bigger problem, but it has set us up for deflation.”

In May, annualized inflation as measured by the consumer price index soared 8.6%. Such a high increase has not been seen since December 1981.

U.S. consumers are suffering the most from the effects of this high and rapid rise in prices. This is reflected in confidence data showing a very steep drop. The lowest in history, according to the University of Michigan Consumer Surveys.