China's technology sector was until recently one of the most attractive for large investors. Now the reality is changing. 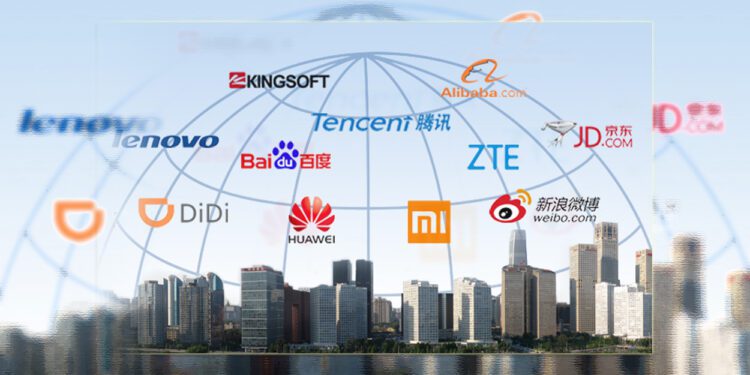 It hasn’t been long since large companies in China’s technology sector were held in high esteem by major investors. However, Beijing’s policies to curb what they call “monopoly behavior” changed the balance. Now, the largest capitals are abandoning their holdings in favor of a few well-known companies. Just as in the USA in China, fear is now spreading to technology stocks.

Throughout 2022, uncertainty was one of the main reasons for capital holders to move away. Major Asian conglomerates picked up their profits from the Chinese giants, adding to the problems for these firms. The bad times of the last few years seem to be crowned with the consequences of the authorities’ “zero covid” policy.

The shares of the communist country’s companies seem to have lost their attractiveness and have gone from being safe bets to potential risks. The authorities’ sudden changes of mind make owning the shares of many of these companies a headache. In that sense, shareholders prefer to pull out before it is too late.

Why are investors fleeing the Chinese technology sector?

The reasons for large investors exiting their holdings in the technology sector are varied and all equally dangerous. The policy of curbing coronavirus infections is among them. However, as problematic as this situation may become, it is a temporary issue that will come to an end sooner rather than later.

What is likely to be more prolonged is the behavior of government authorities towards certain types of businesses. In other words, some companies have grown in such a way that the government believes they may become a danger to stability. Hence, Beijing is doing its best to weaken the businesses of technology companies in order to limit their scope. Under such circumstances, investors lose interest in companies whose future is conditioned in this way.

And it is not only companies from other countries that are withdrawing their stakes from Chinese firms. In addition, local investors themselves are turning away from certain types of businesses. In any case, it seems clearly defined that the sector will no longer be the same as before due to the flight of investment capital that has been taking place for some years now.

Asian investors in the technology sector are no longer comfortable with what they are seeing and prefer to take profits. Large conglomerates are selling off large lots of shares in many companies, making the pit in which the financial sector finds itself even bigger. It should be taken into consideration that some tech companies also invest in sectors such as real estate, which is currently a risky move in China.

As such, technology companies no longer have confidence in some sectors and these sectors do not have high hopes for technology firms either.

Among the large equity investors that are resolutely pulling out are Softbank Group Holdings and Tencent Holdings. Both had stakes in different companies for years and the same were projected for the future. But the circumstances described above led them to withdraw their capital to avoid losses.

“In mid-2022, Japan’s Softbank lost more than $22 billion and only the sale of part of its shares in Alibaba allowed it to stabilize.”

The first of these conglomerates, Softbank, sold billions of dollars in stock so far this year. In a move that surprised analysts, it sold about $22 billion worth of Alibaba shares. This online commerce giant was one of those that bore the brunt of the authorities’ crackdown. During 2022, its shares got little respite.

Notably, Softbank’s investments in Alibaba rose from $20 million to $200 billion at its peak. With the aforementioned massive sell-off this year, the Japanese institution lost its place as the Chinese company’s largest shareholder. Softbank also sold part of its shares in the Indian payments company, Paytm. Similarly, they exited a large number of shares in the Chinese real estate broker, KE Holdings.

These withdrawal moves by the Japanese firm’s investors in the technology sector confirm the latent risk in that market. Technology-based companies face serious problems around the world due to macroeconomic conditions and other particular realities in each region. In the case of the United States and Europe, the aftermath of the pandemic and the war in Ukraine are actively influencing the problems of technology companies.

Problems for this sector are expected to intensify in 2023. Many analysts believe that tech stocks are not yet at an obvious bottom.

Another major source of capital injections, Tencent, also distanced itself in 2022 and picked up much of its capital. Among other sales, it sold some $3 billion worth of shares in the Internet company Sea Ltd.

In addition, the company sold more than $16 billion of its stake in JD.com following a space dividend deal. In the not-too-distant future, it also plans to sell $23.2 billion worth of Meituan shares. It is noted that Tencent has a significant stake in Pinduoduo and investors are waiting to see what the fate of that stake will be.

While Tencent is selling shares, other firms are also doing the same with Tencent shares. Such is the case of Prosus N.V., which is gradually divesting its shares in the technology company.

As already noted, the Asian technology sector in general, and the Chinese sector in particular, is no longer as attractive to major investors. In addition, technology operators have already suffered huge losses in public and private companies due to the 2022 downturns.

Considering the heavy losses in the sector, the sales become fresh air for long-time investors. This is because getting out of the stocks translates into gains for them, considering that the stocks were bought years ago when valuations were very low.

Another company that is also among those reaping gains from Asian investments is Berkshire Hathaway. Since 2008, the investment firm of the legendary Warren Buffett held shares in the Chinese electric car manufacturer, BYD. But in recent years, the company has reportedly been gradually reducing its stake in the automaker.

This is a serious situation, since we are not talking about ordinary investors, but about capital heavyweights. The result of all this is that the fever to withdraw from Asian holdings could spread given the prestige of those who are picking up.

“It’s like the smartest guys are leaving the room,” says Jon Withaar of Pictet Asset Management, quoted on specialist portals. Long-term prospects appear to be dimming dramatically and investors in the technology sector are looking impatient.

As mentioned above, some of them are earning huge returns because their investments are many years old. Despite this, the current market weakness means that stocks are at too low a point to sell, suggesting a bearish stance on the long side.

From this point forward into the near future, competition among the techs will increase in tandem with scrutiny from regulators. These are two strong elements that will lower the outlook for some companies that used to totally dominate their sectors and will now be forced to share their reign with thousands of up-and-coming companies.