Why has Solana’s price increased so much? 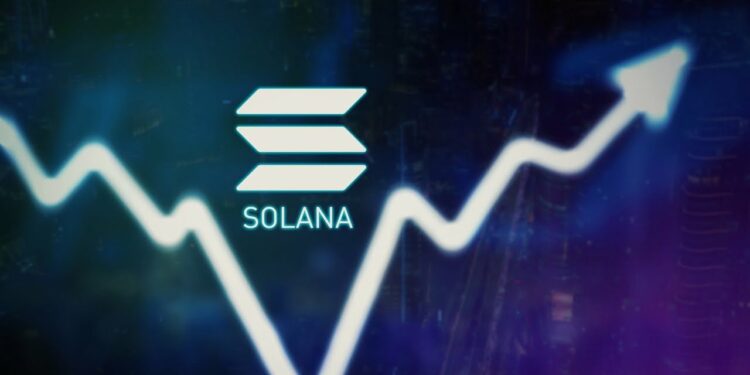 Although the cryptocurrency market remained down for several weeks, August was a very favorable month for the world’s major digital currencies. The market has managed to reach overall highs, highlighting the progress of one cryptocurrency in particular: Solana.

This token closed the month with gains in excess of 210%, accumulating an appreciation of 5.970% year-to-date. Thus, SOL ranks among the top 5 currencies with the highest rises during 2021 when comparing its performance within the basket of 100 largest cryptocurrencies in the world.

Its current price is around $140.00 and from August 27 to September 4 it had a spectacular performance by climbing 60% in the market. Thus, Solana ranks among the first seven largest cryptocurrencies in the world by market value. What explains such an appreciation in such a short time?

Confidence and optimism have driven the project

What is perceived in the market is a high level of optimism regarding Solana’s project. The project sells itself as “the world’s fastest blockchain.” The cryptocurrency has attracted increasing attention from institutional investors aside from the positive outlook related to news about its network.

The digital currency launched in March 2020, is seen as a rival to Bitcoin and the Ethereum network. Solana already incorporated smart contract integration into its system and has a much more scalable network than Ethereum itself.

Solana has set itself the goal of improving the scalability of the network through the introduction of a proof-of-history (PoH) consensus, which is combined with a proof-of-stake (PoS) consensus. Such a union is what has attracted the attention of institutional and individual investors. 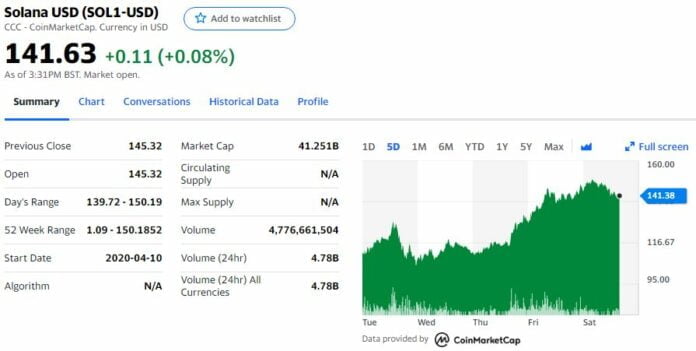 Why investor optimism with Solana?

The Solana project is based in Geneva, Switzerland, and was created by Anatoly Yakovenko Anatoly Yakovenko. It is underpinned by a different model of blockchain architecture which its creator called “Proof of History”. In addition to encoding the passage of time on the blockchain differently, it performs up to 710,000 operations per second on a one-gigabit network.

Solana has positioned itself well in the market to attract the non-fungible token (NFT) frenzy. Two weeks ago, the network jumped headfirst into this space by launching the Degenerate Ape Academy collection, which features some 10,000 exclusive images from cartoon-simians.

Solana is a cryptocurrency and the blockchain platform created for decentralized applications (DeFi) fastest growing in the world. It competes...

The result was immediate, all works were sold out within 10 minutes. This movement boosted the price of the SOL token because in order to bid on NFTs it was necessary to previously acquire the cryptoasset. The rally was expected to have its respective correction later on, but the coin has maintained its price.

A few days ago, analysts at Nasdaq pointed out that “Solana’s recent gains appear to be driven by the enthusiasm around decentralized finance initiatives, or DeFi, and the recent announcement of a mystery event from the cryptocurrency’s development team.”

They were referring to the “Ignition” event that Solana was promoting through its networks. It is a virtual hackathon that started on August 31 and will remain open until September 27. On the other hand, institutional interest in the network has grown enormously.

Digital asset manager Osprey Funds has in recent days signaled its intention to launch a Solana-focused investment fund. To that end, it registered the Osprey Solana Trust with the U.S. Securities and Exchange Commission. (SEC). The move is expected to lead to greater exposure for Solana among large Wall Street investors.

It was likewise announced by Pyth Network the decentralized data firm to have chosen Solana’s blockchain to launch its solutions. The project seeks to track real-time market performance and integrate with DeFi applications via Solana’s Wormholes Blockchain.

Solana hosts around 400 DeFi and NFT trading projects, which are currently among the clearest market trends in the crypto space. This is one of its greatest strengths justly.

One of the five cryptocurrencies to watch out for

However, the optimism sparked by the Solana project has been coming for a few months now. In June the cryptocurrency managed to raise just over $300 million earmarked for the launch of the incubation studio to accelerate the development of decentralized applications (dapps) and platforms built on blockchain.

Specialist and creator of Bitcoin University, Rodrigo Miranda, has mentioned Solana as one of the five cryptocurrencies to keep in mind this year to expand the investment portfolio. He claims the token has the advantage of a fast network, low fees, and a proprietary blockchain.

JPMorgan warns that the asset will retreat

But not everyone is so optimistic about SOL and the other altcoins and non-fungible tokens (NFTs). JPMorgan cryptocurrency analysts warn their clients that the current rally in these assets could be fizzling.

They point out that altcoins’ share of the market rose from 22% at the beginning of August to 33%. This figure is considered to be very high when compared to historical data. Analysts believe that the reason for the enthusiasm for altcoins and NFTs is simply “froth and fever” from retail investors.” But not “a real reflection of a structural uptrend.”

The bottom line is that Solana’s price will pull back soon, after hitting a new all-time high of US $146.38 this week. Analysts believe that after its fabulous market performance, profit-taking by investors is imminent. This could bring SOL’s price to around US $117.05 or lower.