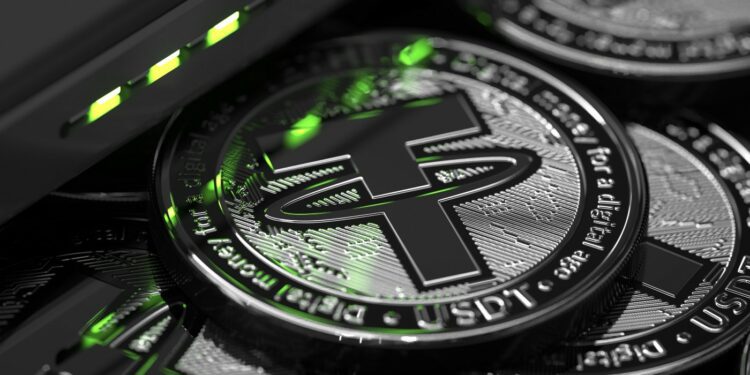 Tether Limited responded to The Wall Street Journal that its secured loans are sufficiently collateralized, thus denying the recent report published by the U.S. media in which it claims that the cryptocurrency sector has problems caused by Tether.

According to The WSJ, the company backing the world’s largest stablecoin has not yet disclosed its loans issued with USDT. It also questions its longer-term liquidity to meet repayments to its customers.

The collapse of cryptocurrency exchange FTX has renewed concerns among investors and also regulatory authorities around the world. According to The WSJ report the crypto market crash that followed this event may have diluted the collateral backing Tether.

“Tether won’t say what the market value of the loans is, or whether the collateral includes cryptocurrencies,” notes The Wall Street Journal report. It stresses that the stablecoin has not disclosed its loans issued by USDT.

For its part, Tether has responded by saying that “the article had many misconceptions about Tether and USD₮, the most glaring of which was the claim that because Tether’s secured USD₮ loans were denominated in USD₮, Tether was exposed to a decline in the value of USD₮.”

The WSJ article calls into question Tether’s secured loans and hints that these could present risks to the redeemability of the stablecoin. This is not the first time the newspaper has questioned the company’s internal finances. In another article published on August 27, The WSJ said Tether needed an audit similar to a colonoscopy.

Tether then responded that the media outlet was blatantly lying, as it was drawing unsubstantiated conclusions. “The article seeks to discredit the work Tether has done in communicating transparently and honestly to the public,” the company argued.

In early November, a Bloomberg publication also reported that the U.S. Department of Justice had reopened an investigation against Tether for bank fraud. The company’s response was that the news network was recycling headlines for the purpose of hurting it.

Although Tether has said it had no dangerous exposure to FTT. The company’s argument is that…

“This misses the mark and confuses USDT with the collateral underpinning it. Tether’s secured loans are extremely overcollateralized and even backed by additional capital if necessary.”

Tether’s issuer notes that it has been increasing its capital rapidly. It indicated that 82.45% of its reserves are denominated in U.S. Treasury bonds and other cash equivalent assets.

The company explains that in its article The WSJ fails to take into account that a drop in the price of USDT tokens is irrelevant when analyzed in the context of a secured loan. According to Tether these drops represent only the exchange value and not the redemption value of the underlying collateral.

In recent weeks, USDT has lost parity with the dollar briefly along with other stable currencies as a result of investor distrust hitting the cryptocurrency market.

Since the second half of November, there has been a sharp decline in USDT supply. About $2 billion USDT was sold / exchanged for other cryptocurrencies

The beneficiary of these market movements has been USD Coin, the rival cryptocurrency to Tether issued by Circle Financials Ltd. USDC supply has grown from USD 44 billion to USD 44.7 billion.

Tether suggests that behind the attacks against it is Coindesk, the website owned by DCG, one of Circle’s owners. It claims that the cryptocurrency site “has focused for years on Tether, including attempting to access Tether’s private reports to the New York Attorney General.”

On the other hand, The WSJ has expressed that one of its biggest concerns is that Tether instead of selling its tokens for cash is lending them out. But Tether defended itself by saying that this is common commercial banking practice

Tether Limited was hit with a $41 million fine last year by the Commodity Futures Trading Commission. This was after it claimed that its reserves were backed entirely in dollars.

Since then the company has been issuing periodic reports related to improving its financial position. “Tether is not gambling customers’ money, but it has been accurately managing its reserves and does not apply fractional reserve,” he said.