The legendary car company has suffered from the inclement bear market in 2022 and investors are looking for answers for next year. 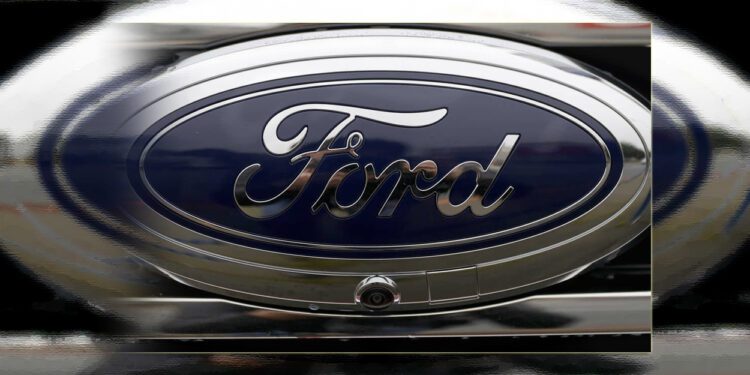 So far in 2023, the shares of the legendary US company Ford have experienced a sharp drop in value. The negative situation mirrors that of most stock market assets. Macroeconomic conditions and the highest inflation in 40 years are becoming tough obstacles for consumers and businesses.

In the auto sector in particular, companies are in a desperate struggle on two fronts. The first has to do with overcoming the conditions affecting their business and the second is to adapt quickly to the new electric car market. It is a cutthroat race in which trucking companies are investing most of their financial muscle. Consequently, the success of many of these players will depend on how well they position themselves in 2023.

At the same time, investors are looking for clues to decipher the future of the shares of the major companies. In the case of Ford, equity holders are torn between the possibility that the shares are at a juicy discount and the fear that there is still a lot of pain to come. Thus, doubts revolve around the price of the automaker’s shares, i.e., whether they are too low or too high to buy.

The highest inflation in 40 years in the United States has hit U.S. household budgets mercilessly. In fact, a recent survey shows that 13% of Americans think they spent $1,000 more on this year’s Thanksgiving holiday than last year. All of this has a clear impact on Ford’s stock and that of other companies in the sector.

There is one situation that points negatively on this legendary company and its stock market performance. During 2022, the average car price per unit was $45.8k. This is a heavy spending burden for buyers, who received on average just over $70k in annual salary. This translates to people who bought cars spending well over half of their salary on payments.

Rising interest rates now become a new factor to take into consideration for next year. In that sense, by 2023 car loan fees could reach between 5% and 6%. The result is that a large number of people may abandon the idea of buying a car from a dealer.

The fact that buyers will refrain from buying or will be defined by the used car market is not at all positive. The latter would translate into a drop in revenue for companies like Ford, which would negatively impact their stock. In other words, the situation for investors might seem clear: this automaker’s holdings remain too high despite losing 32% in 2022.

The U.S. automaker has been dragging problems since 2021 related to supply chain bottlenecks. Similarly, it is looking to accelerate its pace of investment in the development of its electric car business. These are two fronts that are complex to maintain simultaneously. Regarding the latter, the company recently decided to save costs by laying off workers.

“The U.S. economy is on the verge of recession, which could deepen the fall in car sales in 2023 and lead to negative consequences for automotive stocks.”

The company’s production revamp contemplates the layoff of about 3,000 workers to reverse the saved costs. It should be taken into consideration that the electric car market is sharp and large companies competing with Ford do not give truce. In this case it is worth mentioning the fierce fight for the Chinese market between Tesla and local companies.

These technology companies are engaged in a price war that Ford also joined recently. China’s market dominance is indispensable for the global market for cars powered by electricity. The Asian country is the main focus in this area and the authorities are offering aid to both companies and buyers to make acquisitions. This makes the country a dream location for electric car companies.

Such a scenario explains why competition is so strong that car prices are falling considerably. For Ford’s stock, this could be positive in terms of increased sales. However, production costs and profits would remain flush and that would be an inevitable source of stress for investors. In any case, all of this will depend on whether the company is able to keep up the pace of its unit price declines in the face of Tesla’s push.

It is important to note that more and more companies are joining the price war, as in the case of Germany’s Mercedes-Benz.

Falling car sales could be worse in 2023

Bottlenecks in the supply chain, shortages of chips and other components led to a relative shortage of cars. That allowed for healthy demand that extended virtually until the end of this year 2022. However, macroeconomic conditions would already be taking their toll.

With this, sales for 2023 could continue to plummet, according to specialized portals. To get an idea of the state of trade it should be said that already in October sales fell by 10% compared to the same month of the previous year in the United States. If this trend deepens, the problems for Ford would be enormous. This is because the company measures its earnings by EBIT or earnings before interest and taxes.

The latter amounted to $1.8 billion during the third quarter. The issue becomes negative when one considers that more than $1.3 billion of that sum was realized in the U.S. market. Considering the potential weakness of buyers, it is difficult to expect a 2023 of great sales in a country that, despite being the world’s leading economy, is on the verge of recession.

With these figures, it is to be expected that Ford shares are not among the best investment recommendations at this time. Should the contraction come, it would take considerable time for people to regain their buying power, which means that the automaker must wait and so must those aspiring to buy its shares.

The impact of government stimulus on inflation makes a further injection that would allow consumers to buy cars unlikely. Therefore, the chances of a buoyant market in that branch are isolated unless a miraculous “soft landing” induced by the Federal Reserve’s monetary policies occurs.

will there be a respite for the stock market?

The conundrum now centers on the central bank’s next moves on interest rate hikes. One undoubted fact is that they will continue to rise, but there is debate about a possible slowdown in the pace. The last four rate hikes were each 75 basis points, which could be seen as having inevitable effects.

Given the magnitude of the hikes, Fed policymakers would be willing to make a more moderate increase in December. According to the consensus of Wall Street analysts, the next hike could be 0.5%. Also, by the end of 2023, the first rate cuts would be made to seek a corrective balance.

It should not be forgotten that the current hikes in the price of money are intended to cool the economy to lower inflation. Once the authorities consider that inflation is coming down with a strong trend towards the 2% target, they would decide to lift their foot off the accelerator. That simple, yet complex move should bring the economy into balance. On the other hand, a miscalculation by the Fed would be very negative, as it would prolong the contraction and cause damage to growth.

Fed officials themselves would be concerned about possible damage to sensitive sectors of the economy and markets. This is a crucial situation on which Ford’s shares and those of all the companies that make a living in the United States depend.