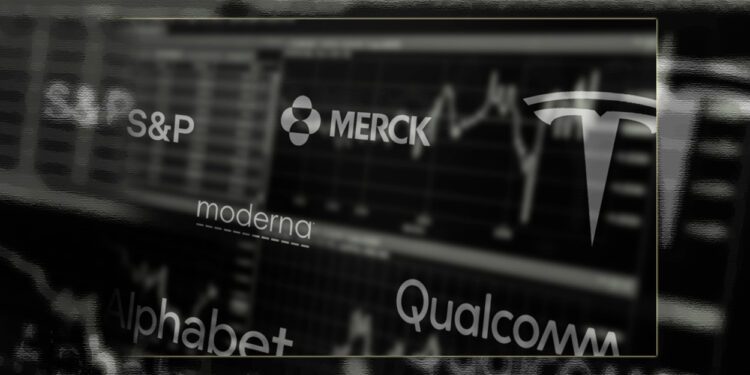 Based on the movement of stocks over the past few days, the pullback in U.S. inflation was already in sight. Prior to the release of the November consumer price index (CPI) figures, the markets were already in the green. As expected, when it became known that prices fell more than expected, investors’ profits rose.

Thus, during the last year ending November 2022, inflation in the world’s leading economy fell to 7.1%. According to Wall Street, it is expected to stand at approximately 7.3%. This performance put hopes for a spike in inflation back on investors’ minds. The result was manifested in large-cap stocks, which began to gain ground in an accelerated manner.

In addition, core inflation (that which does not include volatile products) rose less than expected. In this regard, analysts had expected it to stand at 6.1%, with an annualized increase of 0.3%. In contrast, the result was 6% and 0.2% in the same order. However, some analysts call for sanity and believe that the behavior of the economy should not lead investors to assume that inflation has reached its ceiling and that it will continue to decline in the coming months.

What does the inflation pullback mean for stocks?

The pullback in inflation is one of the few pieces of good news for investors after a year of beatings. Rising prices prompted central bank authorities to undertake a tight monetary policy. The latter resulted in the sharp rise in interest rates since March. The high cost of money had an almost immediate impact on companies’ revenues and, as a consequence, on their stock market prices.

For shareholders, this was one of the worst years in decades. Billions of dollars evaporated from the market as a result of the sharp falls in the main benchmark indexes of the New York Stock Exchange. Technology stocks were hit particularly hard and titans such as Meta, Netflix and others experienced real “bloody baths”.

Now that prices have come down slightly, investors seem to be catching a breath and dreaming of a new upswing. Although prices have come down with high hopes, one should wait for several months of behavior to determine if the downtrend is clear. If so, the Fed could lift its monetary policy foot off the accelerator sooner. At the other extreme, if inflation brings bad news for next year, it could be a given that 2023 will be a complex year including a painful recession.

Either way, the pullback in inflation seems to be a glimmer of hope that prices have peaked. Although unlikely, at least a year-end rally would be warranted. In that scenario, Morgan Stanley’s bets that the stock rebound was “dead” would also be losing validity.

Growth stocks on the radar

The fact that the CPI downtrend will continue through the months of 2023 could be positive news for stocks. The latter contemplates that investors who took risks during the last leg of 2022 could be the big winners. However, not all is said and done and prices could once again return to the upward spiral to the chagrin of the risk equity markets.

Defensive stocks would also be negatively affected if the downward inflation trend continues. Finding a middle ground in such a context is not an easy task for traders, who must move their chips with the stocks best prepared for the possible scenarios in the coming months.

Among the stocks to be considered by analysts are the so-called growth or cyclical stocks. This term has to do with those assets that perform favorably during times of advantage, but in periods of crisis they go to the floor. Among these, Nasdaq stocks stand out, which bore the brunt during 2022. Examples such as Meta or Netflix are some that show the magnitude of the fall of this type of stock.

Precisely, those are some of the options that could have a positive 2023 for investors. Be that as it may, it all depends on whether the current pullback in inflation holds. For now, all indications are that the Fed’s aggressive actions are doing the job. Recent rate hike cycles have been between 50 and 75 basis points.

Here are some stocks to consider

As already highlighted, growth stocks are the most likely to rise should CPI continue to fall. Some of the stocks that could make the list of profitable bets are Meta, Intel and PayPal. Shares of firms such as Nvidia and shares of electric car manufacturers could also be counted in that group.

At the same time, commodities would also be in the limelight as potential generators of high returns for investment capital. It is worth considering that the benefit of commodities in the face of a sharp drop in inflation is due to the fact that commodity prices are measured against the US dollar.

Considering this last group of assets, the shares of companies such as Exxon Mobil, Chevron or gold miners such as Newmont would be options to consider. Although the current decline in inflation is not a fact that will determine an irrevocable fall in the CPI in the coming months, it is no less certain that the Fed’s measures will sooner or later force this scenario.

This would be an idyllic scenario for many investors who have seen a large part of their capital vanish. The continued fall in prices could revive interest in some sectors that have been on the ropes this year. These include betting on metaverse stocks and other technologies such as renewable energy and decentralized finance.

Cryptocurrencies are a tempting option amid the inflation pullback

Another big money market is cryptocurrencies. The problem with this one, is that its movements are so volatile that they could go beyond the risk tolerance that many investors have after a terrible year. However, judging by the performance of these digital currencies, they have a close correlation with Nasdaq stocks.

The latter could mean that a clear downtrend in the CPI to the benefit of tech stocks would also do the same for cryptocurrencies. For example, it is worth noting that in recent days the price of these assets has improved significantly. For example, Bitcoin, the most important of the virtual currencies in terms of market capitalization, rose above $18,000 dollars per unit.

At the same time, one cannot ignore the fact that the crypto market has some particularities that could distance it from the correlation with Nasdaq. Such is the case of the “winter” suffered by these currencies, which is not exclusively due to macroeconomic conditions. It has deep roots in the constant frauds, bankruptcies, robberies and insecurities in the business. At the time of closing, the price of BTC was down again amid new news affecting Binance and its role in the FTX bankruptcy.

While receding inflation may bring good news to cryptocurrency investors, there are some castles that are crumbling. The case of FTX is one of them and the importance of it lies in the fact that the consequences of the fall of that exchange would still be in process. Many companies in the sector are dancing on a tightrope and strict regulations seem to be on the way.

Other stocks that could make bigger jumps, according to TipRanks:

This content is for informational purposes only and should not be assumed to be investment advice.